"The Sunday after Thanksgiving will always be a painful one for our family," Steve Owings said. "But we hope that by raising awareness of the dangers of holiday travel, other lives will be spared and other families will not have to deal with needless, tragic loss."

ATLANTA, Ga., Nov. 25, 2014 (SEND2PRESS NEWSWIRE) — The 10th annual observance of Drive Safer Sunday is on November 30, 2014, and Road Safe America reminds Americans taking holiday road trips “to focus on being rested and attentive to dangers inside and outside their cars.” The observance is sponsored by Road Safe America, a non-profit dedicated to reducing collisions between tractor-trailers and passenger vehicles.

“Drive Safer Sunday” falls on what is traditionally the busiest highway travel day of the year – the Sunday following Thanksgiving. It has been recognized this year by more than twenty state governors and, again this year, prompted an official Resolution from the U.S. Senate.

Steve Owings and his wife, Susan, founded Road Safe America (RSA) in 2003 after their son, Cullum, was killed when his car – stopped in an interstate traffic jam – was crushed from behind by a speeding tractor trailer going eight miles per hour above the posted speed limit on cruise control. That crash occurred on the Sunday after Thanksgiving as Cullum returned to college after spending the week at home in Atlanta with his family and friends.

“The Sunday after Thanksgiving will always be a painful one for our family,” Steve Owings said. “But we hope that by raising awareness of the dangers of holiday travel, other lives will be spared and other families will not have to deal with needless, tragic loss.”

U.S. Department of Transportation statistics show that, among the 40,000 average highway deaths each year during the past decade, over 500 are truckers and about 4,000 are auto drivers and passengers involved in collisions with big trucks.

RSA reminds everyone traveling during Thanksgiving – and the Christmas and New Year’s holidays to come – to:
– Get plenty of rest before setting out and take frequent breaks to remain alert.
– Consider driving during off-peak travel hours to minimize congestion.
– Avoid unnecessary distractions behind the wheel – including loud sound systems and the use of any hand-held devices. Remember that in many states, a hand-held phone – and particularly texting behind the wheel – has become illegal.
– Give large trucks plenty of room since they can’t see as well, maneuver as quickly, or stop in the same distance as passenger vehicles can. 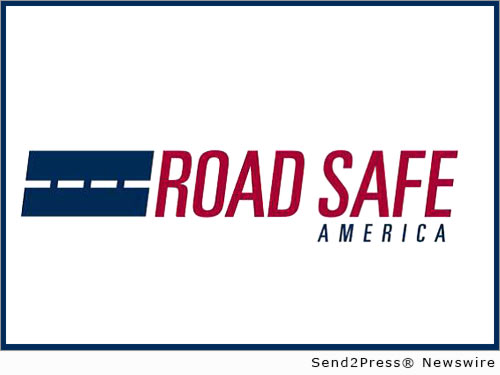 NEWS ARCHIVE NOTE: this archival news content, issued by the news source via Send2Press Newswire, was originally located in the Send2Press® 2004-2015 2.0 news platform and has been permanently converted/moved (and redirected) into our 3.0 platform. Also note the story “reads” counter (bottom of page) does not include any data prior to Oct. 30, 2016. This press release was originally published/issued: Tue, 25 Nov 2014 08:00:00 +0000

STORY FILED UNDER:
Automotive and Motorsports | NonProfit and Charities | Transportation and Relocation | Travel and Tourism

View More Automotive and Motorsports News
"The Sunday after Thanksgiving will always be a painful one for our family," Steve Owings said. "But we hope that by raising awareness of the dangers of holiday travel, other lives will be spared and other families will not have to deal with needless, tragic loss."

LEGAL NOTICE AND TERMS OF USE: The content of the above press release was provided by the “news source” Road Safe America or authorized agency, who is solely responsible for its accuracy. Send2Press® is the originating wire service for this story and content is Copr. © Road Safe America with newswire version Copr. © 2014 Send2Press (a service of Neotrope). All trademarks acknowledged. Information is believed accurate, as provided by news source or authorized agency, however is not guaranteed, and you assume all risk for use of any information found herein/hereupon.