"We are very excited about investors from Russia, Taiwan, Vietnam and the Middle East," said Mr. Francisco. "We believe that greater diversity in the program will be a net positive for EB-5."

COSTA MESA, Calif., April 28, 2015 (SEND2PRESS NEWSWIRE) — In response to the surge in EB-5 applications from mainland China, the U.S. State Department has announced a cutoff date for immigrant investors from mainland China applying for permanent residency in the U.S. through the EB-5 visa program, according to PDC Capital Group.

The EB-5 visa is a federal program launched in 1992 that allows foreign nationals to apply for permanent residency in the U.S. in exchange for investing a minimum of $500,000 in a U.S. business. Each investment is required to generate at least 10 jobs.

As of May 1, 2015, Chinese immigrants who filed I-526 forms recently, from May 1, 2013 to the present, will experience a delay in the processing of their I-526 (Immigrant Petition by Alien Entrepreneur) forms. Those who filed their I-526 prior to May 1, 2013 can proceed to the next step in the immigration process.

Emilio N. Francisco, Chairman and Chief Executive Officer of private equity firm PDC Capital Group (www.pdccapitalgroup.com), said that this development may result in greater diversity of the EB-5 investor pool. “Companies with EB-5 projects and investment opportunities may approach investors in other countries in Asia, Europe and the Middle East,” Mr. Francisco commented. “This will make for a more diverse pool of investors coming to the U.S. and helping to create jobs.”

“We are very excited about investors from Russia, Taiwan, Vietnam and the Middle East,” said Mr. Francisco. “We believe that greater diversity in the program will be a net positive for EB-5.” 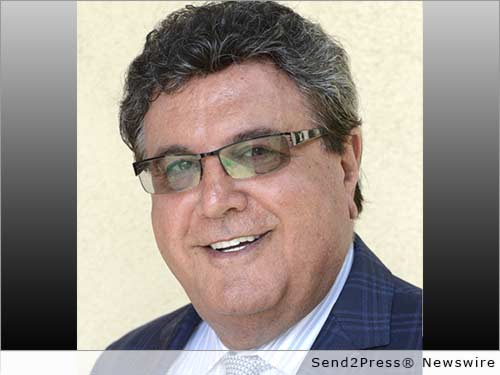 NEWS ARCHIVE NOTE: this archival news content, issued by the news source via Send2Press Newswire, was originally located in the Send2Press® 2004-2015 2.0 news platform and has been permanently converted/moved (and redirected) into our 3.0 platform. Also note the story “reads” counter (bottom of page) does not include any data prior to Oct. 30, 2016. This press release was originally published/issued: Tue, 28 Apr 2015 16:26:28 +0000

View More Banking News
"We are very excited about investors from Russia, Taiwan, Vietnam and the Middle East," said Mr. Francisco. "We believe that greater diversity in the program will be a net positive for EB-5."

LEGAL NOTICE AND TERMS OF USE: The content of the above press release was provided by the “news source” PDC Capital Group LLC or authorized agency, who is solely responsible for its accuracy. Send2Press® is the originating wire service for this story and content is Copr. © PDC Capital Group LLC with newswire version Copr. © 2015 Send2Press (a service of Neotrope). All trademarks acknowledged. Information is believed accurate, as provided by news source or authorized agency, however is not guaranteed, and you assume all risk for use of any information found herein/hereupon.