CORTE MADERA, Calif., April 21, 2015 (SEND2PRESS NEWSWIRE) — On Friday, April 17, the “Great Disney Measles Epidemic” was declared over by state health officials. Dr. Don Harte, noted Marin chiropractic activist, says “I am far more amused than relieved. This whole episode should be one of shame for medicine, and all of the associated political and big pharma troublemakers who sought to profit from it.”

“The final toll,” Dr. Harte states, “is 131 measles cases in California, and 25 cases in seven other states, Canada and Mexico. No deaths! With all of the hoopla and hysteria, one would think that it was something as deadly as Ebola.”

“Big Medicine and Big Pharma have perpetrated a campaign of fear, not for the public good, but purely for the marketing of vaccinations,” says Dr. Harte. He goes on, “The degree of absurdity of this alleged measles epidemic is astounding. They have elevated a minor childhood disease, measles, which virtually all children got and recovered from two generations ago. No one from that time period, including myself, had ever heard of anyone dying from measles. Then, to call this an ‘epidemic,’ or even an ‘outbreak,’ with 131 cases out of 37.2 million people in California, is laughable.”

In response to SB277, the California bill which would eliminate the personal belief vaccine exemption, including religious exemption: “I am outraged that the PMMG (Pharmaceutical-Medical-Media-Governmental) Complex created this crisis out of nothing, and used it to push their agenda for universal mandatory vaccination.” Dr. Harte defines the situation: “We see a fake crisis to push a pseudo-scientific solution that does not work and is causing great harm on a mass scale, while destroying both the most basic of freedoms, to be secure in one’s person, and that most basic of societal imperatives, the relationship of parent to child.”

“Biologically,” Dr. Harte explains, “vaccination is poisoning children, and then targeting their immune system for dysfunction. You cannot expect to prevent disease like this. Certainly, you cannot expect health in children by poisoning them. Most certainly, a poison certified as safe by some medical authority is still a poison.”

Dr. Harte often quotes Thomas Jefferson: “When the people allow government to tell them what foods to eat and what medicines to take, their bodies will be in as sorry a state as the souls of those who live under tyranny.”

About Dr. Don Harte:
Dr. Don Harte, former medical student, is a straight chiropractor serving Marin and the Greater Bay Area since 1981. He is an activist in the struggle for free speech for chiropractors. Dr. Harte was named 2006 “Chiropractor of the Year” by the World Chiropractic Alliance (WCA). He has served on the Boards of the WCA and the Council on Chiropractic Practice. His articles have been published in OMNI magazine, San Francisco Chronicle, Chiropractic Journal and Journal of the California Chiropractic Association. 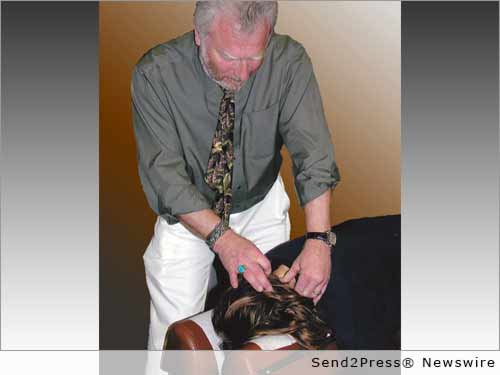 NEWS ARCHIVE NOTE: this archival news content, issued by the news source via Send2Press Newswire, was originally located in the Send2Press® 2004-2015 2.0 news platform and has been permanently converted/moved (and redirected) into our 3.0 platform. Also note the story “reads” counter (bottom of page) does not include any data prior to Oct. 30, 2016. This press release was originally published/issued: Tue, 21 Apr 2015 16:53:24 +0000

LEGAL NOTICE AND TERMS OF USE: The content of the above press release was provided by the “news source” Dr. Don Harte or authorized agency, who is solely responsible for its accuracy. Send2Press® is the originating wire service for this story and content is Copr. © Dr. Don Harte with newswire version Copr. © 2015 Send2Press (a service of Neotrope). All trademarks acknowledged. Information is believed accurate, as provided by news source or authorized agency, however is not guaranteed, and you assume all risk for use of any information found herein/hereupon.