"It was a risk to relocate the business to Las Vegas but we had success in Detroit so I knew we could broaden our scope and grow in a larger market. Were ready to do it up even bigger," says Adam Thick, owner and kidnapping consultant at Extreme Kidnapping.

LAS VEGAS, Nev., Sept. 18, 2013 (SEND2PRESS NEWSWIRE) — Bringing their own special brand of terrifying hijinks westward, Extreme Kidnapping, formerly of metro Detroit, is now front and center in Las Vegas. The controversial kidnapping adventure company moved to Vegas recently, trading soot and steel for neon lights and gambling, and owner Adam Thick has done a little risk taking of his own.

“It was a risk to relocate the business to Las Vegas but we had success in Detroit so I knew we could broaden our scope and grow in a larger market. Were ready to do it up even bigger,” said Thick, Owner and Kidnapping Consultant at Extreme Kidnapping.

A 1996 film called “The Game,” starring Michael Douglas, inspired entrepreneur Adam Thick in 2002 to come up with the idea of founding “Extreme Kidnapping” — a real life kidnapping adventure business based in Detroit, Michigan.

No longer providing services in Michigan, Extreme Kidnapping is currently the only professional kidnapping adventure service in the United States. Already capturing audiences both figuratively and physically in Las Vegas, the company has hired capable staff and is on the prowl for more. The Henchmen and the Elite Girls Squad are the official male and female staff positions available for the highly realistic and “hard core” movie-style kidnapping adventure service.

A customer’s kidnapping begins at $600. After that the sky’s the limit depending on the complexity and level of customization. Group adventures have been added to the menu in Las Vegas, allowing for a member of your party or group to be kidnapped, meanwhile the rest of the group must complete tasks or challenges to earn clues to the location of the kidnap “victim.”

Helicopters, exotic cars, limos and adrenaline thrills are available in Deluxe Kidnapping Adventures which can range into the thousands of dollars and are intense enough to have been featured and highlighted in media like Playboy, Howard Stern, GQ magazine and Good Morning America.

The company is currently celebrating its 11th business anniversary this September, marking over a decade of providing realistic kidnapping adventures. 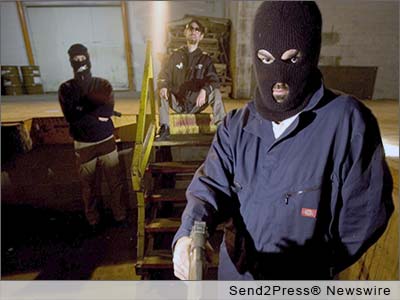 Alternate Headline: Detroit’s Adventure Kidnapping Company Relocates to Vegas – Can You Handle It?

NEWS ARCHIVE NOTE: this archival news content, issued by the news source via Send2Press Newswire, was originally located in the Send2Press® 2004-2015 2.0 news platform and has been permanently converted/moved (and redirected) into our 3.0 platform. Also note the story “reads” counter (bottom of page) does not include any data prior to Oct. 30, 2016. This press release was originally published/issued: Wed, 18 Sep 2013 13:44:15 +0000

View More Business News
"It was a risk to relocate the business to Las Vegas but we had success in Detroit so I knew we could broaden our scope and grow in a larger market. Were ready to do it up even bigger," says Adam Thick, owner and kidnapping consultant at Extreme Kidnapping.

ABOUT THE NEWS SOURCE:
Extreme Kidnapping

LEGAL NOTICE AND TERMS OF USE: The content of the above press release was provided by the “news source” Extreme Kidnapping or authorized agency, who is solely responsible for its accuracy. Send2Press® is the originating wire service for this story and content is Copr. © Extreme Kidnapping with newswire version Copr. © 2013 Send2Press (a service of Neotrope). All trademarks acknowledged. Information is believed accurate, as provided by news source or authorized agency, however is not guaranteed, and you assume all risk for use of any information found herein/hereupon.