Mr. Nagel states, "Lobbying is inspirational work and opens up opportunities from both a business and public service perspective."

As Mr. Nagel states, “Lobbying is inspirational work and opens up opportunities from both a business and public service perspective. We have a broad and deep understanding of the particulars of the increasingly bureaucratic and complex legislative decision-making processes which is a huge plus.”

FNPA is equipped to appear before and work with elected and appointed officials, their staff, committees, regulators, agencies, boards, and governmental commissions.

Nagel added, “Now our boutique firm platform provides our clients with the ability to separately engage our lobby arm to shape their industries, rather than just taking a wait and see approach as to what bills get signed into law and how those new laws may affect their business operations.

“FNPA brings the same tenacity to lobbying that Feldmann Nagel, LLC has brought to the practice of law for over the past decade, serving diverse industries, including: construction, technology, marijuana, licensed professionals, alcoholic beverages, military, natural resources, non-profits, transportation, and homeowner associations.”

Feldmann Nagel Public Affairs, LLC, is based out of Steamboat Springs, Colorado, and has offices in Boulder, Denver, and Vail/Avon. FNPA embraces an “outside of the beltway” bi-partisanship lobby approach to its flagship metropolitan practice in Denver. 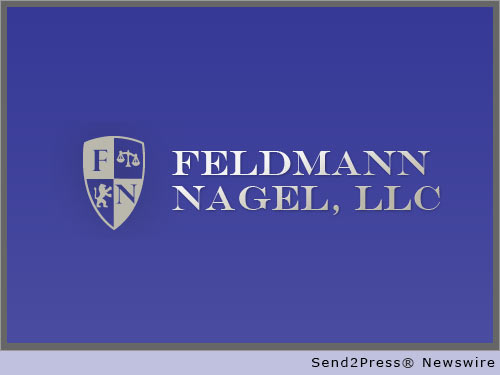 NEWS ARCHIVE NOTE: this archival news content, issued by the news source via Send2Press Newswire, was originally located in the Send2Press® 2004-2015 2.0 news platform and has been permanently converted/moved (and redirected) into our 3.0 platform. Also note the story “reads” counter (bottom of page) does not include any data prior to Oct. 30, 2016. This press release was originally published/issued: Fri, 06 May 2016 08:00:08 +0000

View More Business News
Mr. Nagel states, "Lobbying is inspirational work and opens up opportunities from both a business and public service perspective."

LEGAL NOTICE AND TERMS OF USE: The content of the above press release was provided by the “news source” Feldmann Nagel Public Affairs, LLC or authorized agency, who is solely responsible for its accuracy. Send2Press® is the originating wire service for this story and content is Copr. © Feldmann Nagel Public Affairs, LLC with newswire version Copr. © 2016 Send2Press (a service of Neotrope). All trademarks acknowledged. Information is believed accurate, as provided by news source or authorized agency, however is not guaranteed, and you assume all risk for use of any information found herein/hereupon.