"I believe in and commend Civic Resource Group's approach of matching their cutting-edge solutions for public sector with the needs of what we now call 'Mobile Citizenry,' whose demand for faster, easier government and public services is immensely influenced by today's fast changing environment," said Smith.

LOS ANGELES, Calif., May 19, 2015 (SEND2PRESS NEWSWIRE) — Civic Resource Group Intl. (CRGI) is pleased to announce that Dane Smith has joined the company as President. Mr. Smith comes to CRGI from On-Ramp Wireless, an IoT technology provider. In his role, Mr. Smith will be responsible for providing strategic leadership for the Company by working with the CRGI Executive Team, their Advisory Board, and community leaders to establish long-term goals, strategies, plans, and policies for implementing successful Smart City campaigns globally. Mr. Smith will be providing the overall growth strategy, business vision, and marketing leadership to support CRGI’s significant global expansion.

A proven leader and IT industry veteran, Mr. Smith will be formulating and implementing CRGI’s strategic plan for developing of all aspects of direct and indirect sales of the Company’s broad portfolio of CivicConnect™ product line, as well as overseeing and expanding CRGI’s national and international sales channel ecosystem. In his role, Mr. Smith will also be advising on introduction of new sales and marketing programs and will be responsible for evaluating the new initiatives’ performance and ROI. Mr. Smith is taking his role as President at a critical time for CRGI as it establishes itself as the leading Mobile/Cloud/Data solutions provider for the broad public sector around the globe.

“We are delighted to have Dane Smith join Civic Resource Group as President,” said Gregory Curtin, Ph.D., Founder and CEO of CRGI. “He is an experienced, talented, dynamic business leader and has an excellent track record of devising and executing highly successful strategies that show measurable results for the public sector. He understands the unique needs of government clients and has proven time and again that he will do what it takes to serve them ethically. I am personally looking forward to working with Dane as he and I share our passion about the positive changes that the Internet of Things is bringing to the quality of people’s lives and their communities”

“I believe in and commend Civic Resource Group’s approach of matching their cutting-edge solutions for public sector with the needs of what we now call ‘Mobile Citizenry,’ whose demand for faster, easier government and public services is immensely influenced by today’s fast changing environment, where Mobile, Cloud, Data within the Internet of Things are the key ‘agents of transformation,'” said Mr. Smith. “I’m excited to be a part of company, whose mission, ‘Fulfilling the Promise of Technology’ has stayed true since 2000, as the Company has demonstrated through positive results its significant contribution in helping to improve the quality of citizens’ lives.”

Mr. Smith joins Civic Resource Group from On-Ramp Wireless, an Internet of Things technology provider where he was Vice President of Worldwide Sales and Marketing and was responsible for growing the company’s global M2M footprint in smart meter and Digital Oil Field applications. Prior to On Ramp, Mr. Smith was a key member of the executive team at SmartDrive where he was instrumental in growing the company from a late stage startup into a leading global cloud mobile application platform. Prior to SmartDrive Mr. Smith was SVP Sales, Marketing and Business Development at hydrogen fuel cell pioneer ClearEdge Power, Inc.

Previously, Mr. Smith was Vice President of Americas Sales at VMware and later the Global Vice President of Systems Integration and Outsourcing, and was a key member of the executive team behind that company’s 2007 record setting IPO, playing a decisive role in the development and valuation of one the fastest growing software companies in history. He also spent nearly 13 years in various management roles at Sun Microsystems, including Vice President of Western Area Sales and Field Operations.

In his spare time, Mr. Smith is involved in various non-profit initiatives that focus on children’s issues globally, including his current role as a Producer of the recently released documentary film “The Drop Box.” Mr. Smith earned a Bachelor of Science Degree from the Scripps College of Communication at Ohio University.

About Civic Resource Group International:
Civic Resource Group International (CRGI) is one of the world’s leading providers of digital government solutions. The Company provides highly secure Mobile/Cloud/Data solutions that touch every facet of citizens’ lives. Since 2000, CRGI has been “Fulfilling the promise of technology™” for clients in the broad public sector, helping them to harness digital advances to effectively connect with their target audiences.

By leveraging the award-winning and first-of-a-kind CivicConnect™ Mobile/Cloud/Data platform and deep domain expertise, CRGI has delivered impactful, engaging and cutting-edge solutions that facilitate openness, transparency, safety and efficient service delivery for external and internal users alike. CRGI is a new breed of Company with a new approach, blending the best of technology, design and communications in the digital age to support Sustainable Communities, Efficient Public Services, Engaged Citizens and Better Quality of Life. 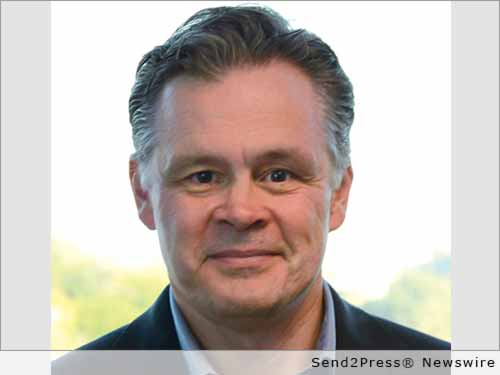 NEWS ARCHIVE NOTE: this archival news content, issued by the news source via Send2Press Newswire, was originally located in the Send2Press® 2004-2015 2.0 news platform and has been permanently converted/moved (and redirected) into our 3.0 platform. Also note the story “reads” counter (bottom of page) does not include any data prior to Oct. 30, 2016. This press release was originally published/issued: Tue, 19 May 2015 14:46:27 +0000

View More Business News
"I believe in and commend Civic Resource Group's approach of matching their cutting-edge solutions for public sector with the needs of what we now call 'Mobile Citizenry,' whose demand for faster, easier government and public services is immensely influenced by today's fast changing environment," said Smith.