KATHMANDU, Nepal, July 10, 2015 (SEND2PRESS NEWSWIRE) — The Adelina Foundation of Torrance, California is assisting the World Mind Network in helping the TriKA school in Narayanpur, Nepal bounce back from the massive April and May earthquakes that devastated so much of the country.

According to Director John Toomey, the group will be visiting the school in late July to deliver needed water purification equipment, provide training on a new educational computer, introduce 3D printing to the students as a way to interest them in technology and art, and gather data to support similar future projects in the Philippines, Africa, Latin America, and the Middle East.

Although this region of Southwestern Nepal was not one of the most severely damaged areas, children in the area still live in fear of future quakes. The school was used as a shelter after the quakes for village residents whose homes were felt to be unsafe.

3D printing, which is almost unknown in Nepal, is seen by some as a way to help remote rural communities begin to build sustainable village enterprises.

The group also will be working with high school students in launching a social media campaign to publicize the dangers of anti-biotic overuse. In Nepal antibiotics are sold over the counter without prescriptions, and many disease pathogens have developed mutations which are resistant to common medicines. Students will develop informational media in local languages to inform the public.

In addition, the Foundation will help to create an online discussion group which will review the recently issued draft of the new Nepali Constitution. Nepal has been without a working constitution for years, and students and group members hope to initiate a national conversation about the new document’s merits.

For more information, including opportunities for public participation, contact worldmindnetwork@gmail.com. 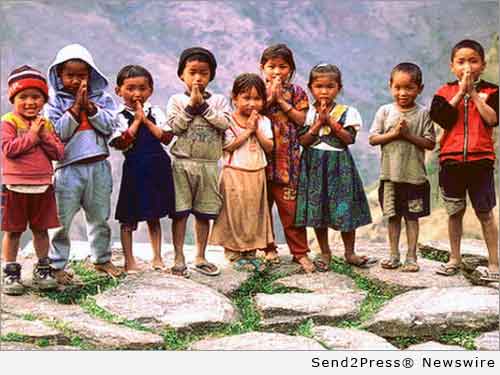 NEWS ARCHIVE NOTE: this archival news content, issued by the news source via Send2Press Newswire, was originally located in the Send2Press® 2004-2015 2.0 news platform and has been permanently converted/moved (and redirected) into our 3.0 platform. Also note the story “reads” counter (bottom of page) does not include any data prior to Oct. 30, 2016. This press release was originally published/issued: Fri, 10 Jul 2015 18:35:33 +0000