In 2014 Western efforts at engaging the Middle East-diplomacy, occupation, sanctions, bribery, adjusted trade policy, ill-considered cultural engagement and, worst of all, war, collapsed in the ruins of Syria and Iraq.

Ignorance of the locale’s complex braid of culture, peoples, language, and faith among leaders and populations in the English-speaking world compounded the failed attempts at influence.

Brutal death-cults fill the vacuum left by these bankrupt Imperial efforts. Leaving death, desperation, and trails of blood in their wake, they stalk villages and byways under the conceit of establishing a “new Caliphate.”

The book details her experiences living, working, and traveling among the Kurds of northern Iraq. This timely book offers a first-hand account of life, living, and lives-lived in area of the globe that perpetually dominates the West’s concerns and discourse.

Recchia’s unique style and points-of-view illuminate Kurdish culture and the place of Kurds, who have long yearned for self-determination, amidst a cohort of nations intent on denying the mountainous Kurdish homeland its sovereignty. Recchia recounts how living in the region affected more than her understanding of, and opinions on, Kurdish culture.

Through crisp prose and unforgettable anecdote, she shares with us the gift she received in Kurdistan: the company of the Kurdish people, liberated from an abstract prison of newsprint, brought to life in the minds and hearts of readers.

Picnic in a Minefield, by Francesca Recchia, is published by Foxhead Books. The book is on sale now at bookstores, online retailers, and http://foxheadbooks.com/.

About Francesca Recchia:
Francesca Recchia is a researcher and author who has worked and taught in many different parts of the world including India, Iraq, Afghanistan, the Netherlands, Italy, Sweden, Pakistan and Palestine. Her main research interest is the geopolitical dimension of cultural processes and in the last few years she has focused her attention on creative practices in countries riven by conflict. She was Postdoctoral Research Fellow at the Bartlett School of Planning, University College of London, she has a doctorate in Cultural Studies from the University of Naples and a Masters in Visual Cultures from Goldsmiths College, University of London. 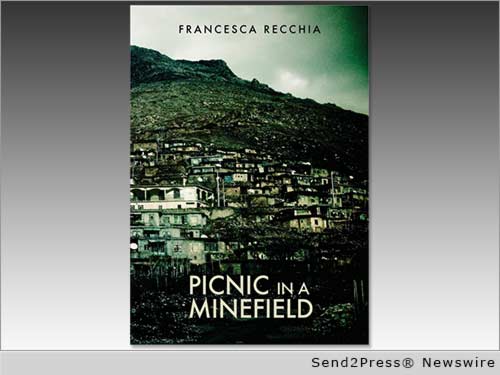 NEWS ARCHIVE NOTE: this archival news content, issued by the news source via Send2Press Newswire, was originally located in the Send2Press® 2004-2015 2.0 news platform and has been permanently converted/moved (and redirected) into our 3.0 platform. Also note the story “reads” counter (bottom of page) does not include any data prior to Oct. 30, 2016. This press release was originally published/issued: Wed, 24 Sep 2014 05:00:01 +0000