MIAMI, Fla., May 2, 2016 (SEND2PRESS NEWSWIRE) — Rational Spirits’ new Santeria Rum made in Charleston, South Carolina, was awarded a Gold medal for Premium Aged Rum from the prestigious RumXP International Tasting Panel at the world’s top rum festival in Miami, Florida: The Miami Rum Renaissance. The festival is held once a year and brings together the most respected and experienced experts in the industry, as well as enthusiasts, to sample and judge hundreds of rums from around the world. Santeria Rum is arguably the world’s most innovative and advanced rum and is definitely the only one of its kind.

Rational Spirits produced Santeria Rum with the assistance of Lost Spirits Technology out of Silicon Valley. The rum is currently being made, in part, by an Apple Computer powered robot with a South African voice and a sense of humor. Tessa, as she is affectionately called by those who know her, is currently being updated and will soon be making the rum without the help of human hands. Additionally, and possibly most significantly, the rum was matured using a proprietary reactor designed and built by Lost Spirits. The aging reactor has been shown to produce the same chemical signature in rum as decades of age in a barrel. At present the system has been tested in the real world on Santeria Rum and the forthcoming Rattleback Rye whiskey.

Santeria Rum can be found at Charleston retail shop Burris Liquor Store and can also be found at K & L Wines which ships to many states through their online shop at: http://www.klwines.com/p/i?i=1242647.

About Lost Spirits:
Lost Spirits is known for engineering and designing some of the world’s most fascinating spirits using a hybrid of tradition and cutting edge technology. The company seeks to advance the understanding of spirit making as well as pave the way with first hand research that helps build a more extensive knowledge base that can be shared within the industry. Lost Spirits is most well known for being the first company to successfully recreate the chemical signature of aged rum in a laboratory setting. In 2015 the company published the data supporting the claim along with several papers outlining primary research into the chemical composition and changes taking place in aged spirits. The company is constantly working to patent more and more of the body of work. 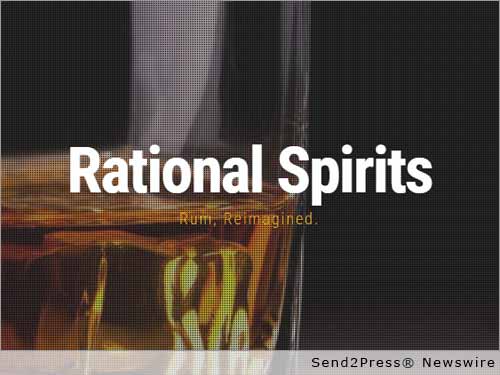 NEWS ARCHIVE NOTE: this archival news content, issued by the news source via Send2Press Newswire, was originally located in the Send2Press® 2004-2015 2.0 news platform and has been permanently converted/moved (and redirected) into our 3.0 platform. Also note the story “reads” counter (bottom of page) does not include any data prior to Oct. 30, 2016. This press release was originally published/issued: Mon, 02 May 2016 06:00:51 +0000

ABOUT THE NEWS SOURCE:
Rational Spirits

LEGAL NOTICE AND TERMS OF USE: The content of the above press release was provided by the “news source” Rational Spirits or authorized agency, who is solely responsible for its accuracy. Send2Press® is the originating wire service for this story and content is Copr. © Rational Spirits with newswire version Copr. © 2016 Send2Press (a service of Neotrope). All trademarks acknowledged. Information is believed accurate, as provided by news source or authorized agency, however is not guaranteed, and you assume all risk for use of any information found herein/hereupon.