BOTTLE CREEK, North Caicos, April 22, 2016 (SEND2PRESS NEWSWIRE) — The People’s Democratic Movement started their tour around the Islands with a series of public meetings to promote their initiatives. North Caicos was the first island to receive the party and their supporters. The main topics covered on the meeting were crime, security, the 2016 budget and its failings, issues affecting the islands of North and Middle Caicos and our commitment to address them with particular emphasis on employment, travel for healthcare services and their requirement to pay for travel to Provo, the state of their clinics and our commitment to maintain and support a vibrant tourism industry.

Hon. Cartwright-Robinson emphasized PDM’s compromise with the island, “We (PDM) will spare no efforts to ensure a safe place to live, work and visit.” She also stated: “A PDM Government will bring people centered development where our people are active participants and not spectators.”

The next Public Meeting will be held on the Island of Providenciales on April 22, 2016 at Times Square, Down Town area. We will continue to set the record straight on what we have been doing for our people, to raise the issues and to outline our priorities as the next Government of these Islands.

The Peoples Democratic Movement “PDM” is the longest functioning Party in the history of the Turks and Caicos Islands having been officially founded in June 1975. Today, it continues to rest on the dreams of its founders which can be summarized in its Party motto: “freedom, justice and equality for all” and it remains the grass root party, “The Peoples’ Party.” 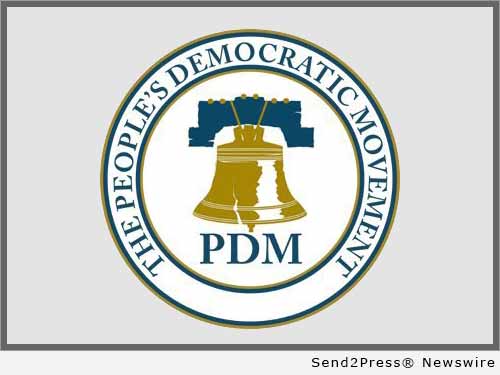 NEWS ARCHIVE NOTE: this archival news content, issued by the news source via Send2Press Newswire, was originally located in the Send2Press® 2004-2015 2.0 news platform and has been permanently converted/moved (and redirected) into our 3.0 platform. Also note the story “reads” counter (bottom of page) does not include any data prior to Oct. 30, 2016. This press release was originally published/issued: Fri, 22 Apr 2016 14:01:37 +0000

More from The Peoples Democratic Movement

ABOUT THE NEWS SOURCE:
The Peoples Democratic Movement

LEGAL NOTICE AND TERMS OF USE: The content of the above press release was provided by the “news source” The Peoples Democratic Movement or authorized agency, who is solely responsible for its accuracy. Send2Press® is the originating wire service for this story and content is Copr. © The Peoples Democratic Movement with newswire version Copr. © 2016 Send2Press (a service of Neotrope). All trademarks acknowledged. Information is believed accurate, as provided by news source or authorized agency, however is not guaranteed, and you assume all risk for use of any information found herein/hereupon.