SEATTLE, Wash., July 28, 2015 (SEND2PRESS NEWSWIRE) — Kennedy & Mohn announced today that they represented Legacy Hospitality, an Albuquerque based hotel development and operating company, in the sale of the 170-room Homewood Suites by Hilton, Seattle/Lynnwood. The hotel was acquired by RLJ Lodging Trust for $37.9 million or approximately $223,000 per key.

The vibrant and expanding economy of the Seattle area combined with limited availability of prime, institutional-grade hotel assets allowed the Seller to realize premium pricing on this still pre-stabilized hotel.

The Homewood Suites is the first hotel acquisition by RLJ Lodging Trust in the greater Seattle area and only its second hotel in the Pacific Northwest. RLJ currently owns 126 hotels with approximately 20,800 rooms and two planned hotel conversions, located in 22 states and the District of Columbia.

The Homewood Suites opened in May 2014 and is located in Lynnwood, Washington, a suburban community 20-miles north of downtown Seattle. The hotel is uniquely positioned, close to major retail outlets, Boeing-anchored aerospace activities, and a variety of biotech and technology firms in south Snohomish County. 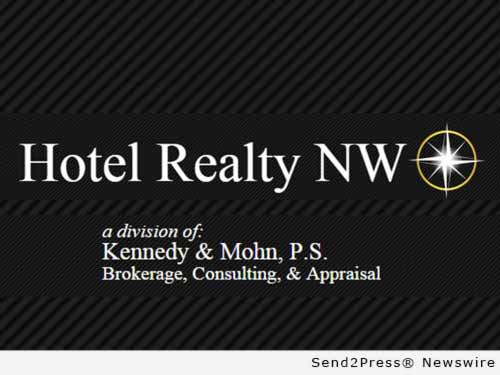 NEWS ARCHIVE NOTE: this archival news content, issued by the news source via Send2Press Newswire, was originally located in the Send2Press® 2004-2015 2.0 news platform and has been permanently converted/moved (and redirected) into our 3.0 platform. Also note the story “reads” counter (bottom of page) does not include any data prior to Oct. 30, 2016. This press release was originally published/issued: Tue, 28 Jul 2015 20:24:51 +0000

More from Kennedy and Mohn P.S.

ABOUT THE NEWS SOURCE:
Kennedy and Mohn P.S.

LEGAL NOTICE AND TERMS OF USE: The content of the above press release was provided by the “news source” Kennedy and Mohn P.S. or authorized agency, who is solely responsible for its accuracy. Send2Press® is the originating wire service for this story and content is Copr. © Kennedy and Mohn P.S. with newswire version Copr. © 2015 Send2Press (a service of Neotrope). All trademarks acknowledged. Information is believed accurate, as provided by news source or authorized agency, however is not guaranteed, and you assume all risk for use of any information found herein/hereupon.