Cory Chalmers has been a longtime advocate for animal welfare. Unlike what is sometimes depicted in his television show “Hoarders” Cory believes that cats, as well as all animals, should be raised in a safe, clean and humane environment. There will be a local cat rescue group on site that will be placing loving cats into forever homes.

Cory will be available for pictures, autographs and selling t-shirts and hats, donating all of the proceeds to the local cat rescue group on site. 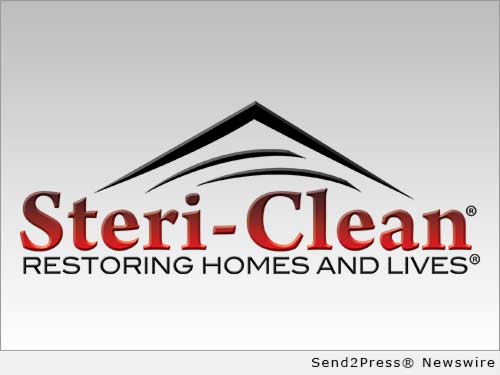 NEWS ARCHIVE NOTE: this archival news content, issued by the news source via Send2Press Newswire, was originally located in the Send2Press® 2004-2015 2.0 news platform and has been permanently converted/moved (and redirected) into our 3.0 platform. Also note the story “reads” counter (bottom of page) does not include any data prior to Oct. 30, 2016. This press release was originally published/issued: Fri, 26 Sep 2014 19:44:17 +0000

ABOUT THE NEWS SOURCE:
Steri-Clean Inc.

LEGAL NOTICE AND TERMS OF USE: The content of the above press release was provided by the “news source” Steri-Clean Inc. or authorized agency, who is solely responsible for its accuracy. Send2Press® is the originating wire service for this story and content is Copr. © Steri-Clean Inc. with newswire version Copr. © 2014 Send2Press (a service of Neotrope). All trademarks acknowledged. Information is believed accurate, as provided by news source or authorized agency, however is not guaranteed, and you assume all risk for use of any information found herein/hereupon.