HOLLYWOOD, Calif., Nov. 14, 2014 (SEND2PRESS NEWSWIRE) — Not many music acts have a 25th anniversary that coincides with the fall of the Berlin Wall. Digital Underground, who are celebrating the 25th anniversary release of their monster hit, “The Humpty Dance,” share a personal history with the actual fall of the wall. The group has released a snippet from their upcoming documentary “D.U. Days: Adventures in Digital Underground the Apprenticeship of Tupac Shakur,” which details original founder and D.U. member, Chopmaster J’s encounter in Berlin.

“D.U. Days: Adventures in Digital Underground the Apprenticeship of Tupac Shakur,” chronicles the turbulent times of the hip hop super group. Chopmaster J and Abbott plan to take the viewer on a historic tour recounting D.U.’s rise and fall.

The film will recount a time when the mega rap tour was in its heyday. From sold out U.S. tours, to Tokyo sex clubs, to the fall of the Berlin Wall, the young irreverent hip hop band from the San Francisco Bay Area traveled to every corner of the world entertaining millions of eager pop and hip hop music fans.

Digital Underground is best remembered for turning hip hop on its proverbial head and invading the realm of pop with their 1990 pivotal Grammy nominated release “The Humpty Dance.” “The Humpty Dance” climbed all the way to #11 on the pop charts, #7 on the R&B charts, and #1 on the Billboard Rap Singles chart.

Fans can support the film’s completion via a rewards-based Indiegogo crowdfunding campaign with as little as five dollar contributions at http://igg.me/at/D-U-Days. 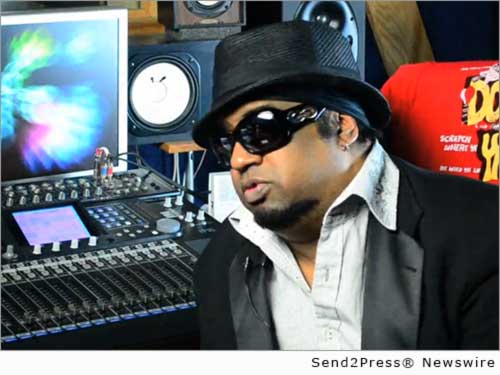 NEWS ARCHIVE NOTE: this archival news content, issued by the news source via Send2Press Newswire, was originally located in the Send2Press® 2004-2015 2.0 news platform and has been permanently converted/moved (and redirected) into our 3.0 platform. Also note the story “reads” counter (bottom of page) does not include any data prior to Oct. 30, 2016. This press release was originally published/issued: Fri, 14 Nov 2014 17:21:00 +0000

ABOUT THE NEWS SOURCE:
Chopmaster J

LEGAL NOTICE AND TERMS OF USE: The content of the above press release was provided by the “news source” Chopmaster J or authorized agency, who is solely responsible for its accuracy. Send2Press® is the originating wire service for this story and content is Copr. © Chopmaster J with newswire version Copr. © 2014 Send2Press (a service of Neotrope). All trademarks acknowledged. Information is believed accurate, as provided by news source or authorized agency, however is not guaranteed, and you assume all risk for use of any information found herein/hereupon.