"If the manufacturer's warranty is say 6 years, but their lifetime claim is 20 plus years, there's good reason to be skeptical," says John Feuerstein, founder at LumeVi Lighting. "After all, CFLs were supposed to last a long time too. And how many of those are already sitting in landfills? Are light bulb manufacturers interested in selling fewer bulbs that last longer or just selling more bulbs?"

SAN FRANCISCO, Calif., June 24, 2013 (SEND2PRESS NEWSWIRE) — Until the advent of CFL’s and now LED’s, lighting your room was simple. Just screw in a bulb and when it burned out screw a new one in. It would have been nice if the incandescent bulb had had a longer service life then they did, but hey they were cheap and simple. Now, especially with the disappointing performance of CFL’s, there’s good reason to feel intimidated by the purchase of an LED light bulb, says LumeVi Lighting. After all, what was once a simple choice is now something between a research project and a leap of faith.

Sure, LED lighting is energy efficient, but do LED lamps and bulbs really provide as much light output as your old incandescent one? And how do you know if that pricey LED replacement bulb is going to last as long as the manufacturer says it will? How can you be sure you’re getting real value?

A good piece of advice is to look at the warranty. “If the manufacturer’s warranty is say 6 years, but their lifetime claim is 20 plus years, there’s good reason to be skeptical,” says John Feuerstein, founder at LumeVi Lighting. “After all, CFL’s were supposed to last a long time too. And how many of those are already sitting in landfills? Are light bulb manufacturers interested in selling fewer bulbs that last longer or just selling more bulbs?”

Even though the new LED replacement bulbs look a lot like an incandescent light bulb, the similarities stop there because inside they’re completely different. The new LED replacement bulbs are packed with electronics, heatsinks and of course LED’s, all of which get hot and most of which deteriorate with heat. LED’s and circuit boards perform best when they’re cool, not so much when they’re confined to small hot spaces such as the tiny footprint of an incandescent bulb.

So just because the pear shape worked great for sealing a tungsten filament in a vacuum of argon gas, that doesn’t mean it’s an equally efficient solution for housing LED’s and the electronics that drive them. All things equal, if LED light sources had been developed with no pre-conditions, just as the incandescent bulb was, their inventors would likely have chosen something other than the shape of a pear in which to house them.

Fortunately there are alternatives, because today there is a nascent class of integrated LED lighting products that have been conceived free of pre-conditions, unencumbered by the pear shaped bulb and its century old screw-in socket. Few in number and more costly than an LED bulb, these integrated LED lighting products are designed to make far more of everything LED’s offer such as extremely long lifetimes, incredible efficiency and soft light on par with incandescent bulbs. Most come in the form of ceiling can lights and desk lamps, but a few have begun to appear in the most common form of lighting fixture, the venerable table lamp. Designed from the LED out these new products propose a lifetime of service without bulb changes which speaks to a new era of planned permanence in lighting fixtures.

One such product is the newly introduced LumeVi brand table lamp which boasts a 75 year lifetime, based on average use of 3 hours per day; it produces as much light as a 90 watt incandescent bulb and incorporates a full range dimmer for setting the perfect ambiance.

“Perhaps most impressive is its warranty, which at 50 years is a statement all of its own. Clearly a new era in lighting has arrived and the screw-in bulb is beginning to looking a little passe,” adds Feuerstein. 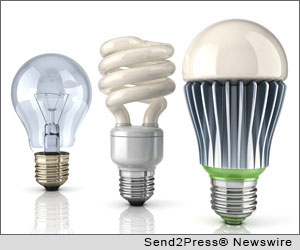 NEWS ARCHIVE NOTE: this archival news content, issued by the news source via Send2Press Newswire, was originally located in the Send2Press® 2004-2015 2.0 news platform and has been permanently converted/moved (and redirected) into our 3.0 platform. Also note the story “reads” counter (bottom of page) does not include any data prior to Oct. 30, 2016. This press release was originally published/issued: Mon, 24 Jun 2013 17:20:30 +0000

View More Business News
"If the manufacturer's warranty is say 6 years, but their lifetime claim is 20 plus years, there's good reason to be skeptical," says John Feuerstein, founder at LumeVi Lighting. "After all, CFLs were supposed to last a long time too. And how many of those are already sitting in landfills? Are light bulb manufacturers interested in selling fewer bulbs that last longer or just selling more bulbs?"

ABOUT THE NEWS SOURCE:
LumeVi Lighting

LEGAL NOTICE AND TERMS OF USE: The content of the above press release was provided by the “news source” LumeVi Lighting or authorized agency, who is solely responsible for its accuracy. Send2Press® is the originating wire service for this story and content is Copr. © LumeVi Lighting with newswire version Copr. © 2013 Send2Press (a service of Neotrope). All trademarks acknowledged. Information is believed accurate, as provided by news source or authorized agency, however is not guaranteed, and you assume all risk for use of any information found herein/hereupon.