SAN FRANCISCO, Calif., Dec. 3, 2013 (SEND2PRESS NEWSWIRE) — 111 Minna Gallery proudly presents the second installment of prolific San Francisco Artist, John Waguespack, who nearly sold out his first solo show with the gallery in 2012. Waguespack was the inaugural Artist-in-Residence at the Fairmont San Francisco and for the second year in a row has been selected to showcase work at Art Basel Miami’s Bombay Sapphire Artisan Series. Waguespack will exhibit his latest work “Climate Control” at 111 Minna Gallery through January 31, 2014.

About “Climate Control:”
Created in 2013, “Climate Control” vividly illustrates the symbiotic relationship between art and the environment. Waguespack was inspired by the places in which he painted – San Francisco and Palm Springs. In addition to drawing ideas from different landscapes, his technique was influenced by the climate unique to each location. For Waguespack, it’s about engaging with his surroundings and working in partnership with the environment in order to achieve what he presents here.

About John Waguespack:
John Waguespack is a contemporary artist residing in San Francisco. Waguespack was honored as the inaugural Artist-in-Residence at the Fairmont San Francisco in July 2013. His work has been exhibited at Art Basel Miami in 2012 and 2013, The LA Art Show, the San Francisco Fine Art Fair, Art Pad SF, Art Aspen, The McLoughlin Gallery, 111 Minna Gallery, Los Angeles Center for Digital Arts, Heath Gallery, Joyce Gordon Gallery and The Griffin Gallery. His artwork has recently adorned the covers of both San Francisco’s 7×7 Magazine and the Nob Hill Gazette. For more information about John Waguespack, please visit http://www.johnwaguespack.com/.

About 111 Minna Gallery:
Established in 1993 in downtown San Francisco, 111 Minna Gallery is in the business of art and leisure. The gallery showcases a unique blend of local and international artists, world class DJ’s, live performances, and film screenings in an elegantly urban and ever-changing 4,000-square-foot venue. For more information please visit http://www.111minnagallery.com/. 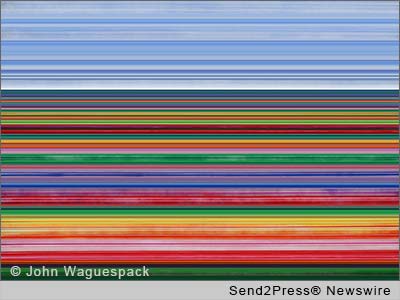 NEWS ARCHIVE NOTE: this archival news content, issued by the news source via Send2Press Newswire, was originally located in the Send2Press® 2004-2015 2.0 news platform and has been permanently converted/moved (and redirected) into our 3.0 platform. Also note the story “reads” counter (bottom of page) does not include any data prior to Oct. 30, 2016. This press release was originally published/issued: Tue, 03 Dec 2013 17:31:29 +0000

LEGAL NOTICE AND TERMS OF USE: The content of the above press release was provided by the “news source” John Waguespack or authorized agency, who is solely responsible for its accuracy. Send2Press® is the originating wire service for this story and content is Copr. © John Waguespack with newswire version Copr. © 2013 Send2Press (a service of Neotrope). All trademarks acknowledged. Information is believed accurate, as provided by news source or authorized agency, however is not guaranteed, and you assume all risk for use of any information found herein/hereupon.