The Bombay Sapphire Artisan Series, in partnership with Russell and Danny Simmons’ Rush Philanthropic Arts Foundation, has been around the country to find the next big name in visual arts. The competition takes place in nine cities across the U.S. with each city sending a winning artist to Art Basel, Miami December 5-8, 2013.

Kate Moss rose to fame in the early 90s as one of the most iconic super models of our time. “Uplifting” is a portrait inspired by an early photo in her career. It is comprised of more than 100 layers of paint and attempts to architecturally deconstruct and then reconstruct a mathematically perfect facial structure.

The overlapping grid systems and lack of a central focal point force the viewer’s brain to constantly shift around the piece. This creates the illusion that the portrait is animating and becomes androgynous as it changes from female to male and back again. It is also homage to fine art and painting in that what can be done in a short time digitally was painted over a period of 8 months.

About Bombay Sapphire Artisan Series:
In 2010, Bombay Sapphire and Russell & Danny Simmons’ Rush Arts Foundation teamed up to create the Bombay Sapphire Artisan Series: a nationwide search for the next big name in visual arts. Over the last four years, Bombay and Rush have worked together to provide exposure to the newest wave of emerging artists and discover what inspires them. Rush Arts and Bombay Sapphire believe creativity and imagination is enriching to not only the artists, but also anyone who sees their art. Over the past decade, the Bombay brand has been honored to support aspiring artists of all types in unlocking their potential and sharing their imagination with the world. Artists are encouraged to enter the Artisan Series competition by creating a piece of inspired, original art and submitting it to an esteemed panel of judges including Danny Simmons and Andre Guichard.

Fans are also able to vote for their favorite pieces of work on Facebook at https://www.facebook.com/bombaysapphire/app_126880350850476. 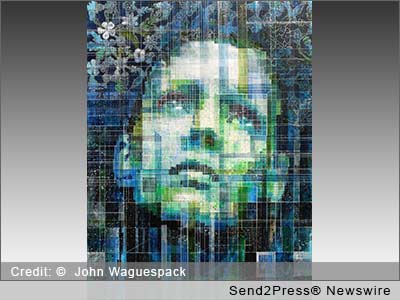 NEWS ARCHIVE NOTE: this archival news content, issued by the news source via Send2Press Newswire, was originally located in the Send2Press® 2004-2015 2.0 news platform and has been permanently converted/moved (and redirected) into our 3.0 platform. Also note the story “reads” counter (bottom of page) does not include any data prior to Oct. 30, 2016. This press release was originally published/issued: Wed, 16 Oct 2013 08:00:36 +0000

LEGAL NOTICE AND TERMS OF USE: The content of the above press release was provided by the “news source” John Waguespack or authorized agency, who is solely responsible for its accuracy. Send2Press® is the originating wire service for this story and content is Copr. © John Waguespack with newswire version Copr. © 2013 Send2Press (a service of Neotrope). All trademarks acknowledged. Information is believed accurate, as provided by news source or authorized agency, however is not guaranteed, and you assume all risk for use of any information found herein/hereupon.