Johnny Fatheree announces candidacy for Board of Elementary and Secondary Education, District Five

He joined the United States Marine Corps where he served in Southeast Asia and Paris Island, South Carolina. After his hitch in the USMC he went back to college where he graduated in 1976 with a BS Degree majoring in Animal Science, with a minor in Chemistry. While at NLU he was president of the Delta Demeter Club, and was the co-founder and President of the NLU Collegiate Veterans Association. After college, Johnny became a 4-H Club Agent in Morehouse and in Caddo Parish. He spent many long hours working with and teaching 4-H Club members an array of subjects, including Record Keeping, Parliamentary Law, Public Speaking, Livestock judging with oral reasons, Junior Leadership, etc.

In 1979, he moved to a very high profile position with the Louisiana State Fair as the Director of Livestock and Agriculture. In addition to his duties with the Fair came the responsibility of the ARL-LA-TEX Agriculture Council where he served as its Executive Director. While in those positions, Johnny was responsible for leading an effort to secure over $5.0 million dollars for youth in Louisiana.

He continued to be involved with youth programs around the state and has been recognized by many youth organizations, FFA Honorary Farmer, 4-H Leadership Award, Louisiana Junior Angus Association, Louisiana Brahman Association, Louisiana Vocational Agriculture Teachers, and a host of other youth and adult associations. In 1993, Johnny moved on to a position as a Consultant with Cargill Animal Nutrition. He soon was promoted to Equine Specialist, and later as Equine Business Development manager for the Southwest Region. He understands the need for Louisiana to produce a quality student who possesses the reading and comprehension skills to succeed in a competitive professional environment.

In addition to his professional career, Johnny has continued to be involved with youth and youth programs. He has served on the Parents Board at St. Mary’s Training School, the Board of Evergreen Ministries, and later as a board member and President of the Parents Association of Northwest Development Center in Bossier City, Louisiana. During the past forty years, Johnny has tutored many students in algebra and chemistry at the high school and college level. 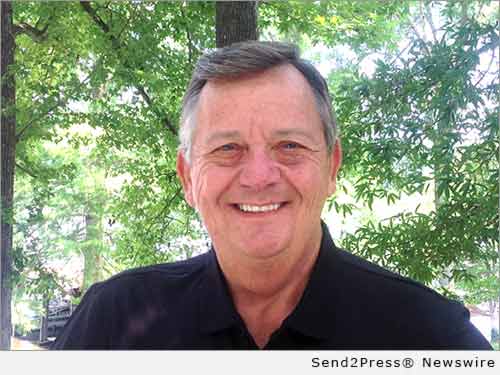 NEWS ARCHIVE NOTE: this archival news content, issued by the news source via Send2Press Newswire, was originally located in the Send2Press® 2004-2015 2.0 news platform and has been permanently converted/moved (and redirected) into our 3.0 platform. Also note the story “reads” counter (bottom of page) does not include any data prior to Oct. 30, 2016. This press release was originally published/issued: Tue, 16 Jun 2015 07:01:16 +0000

ABOUT THE NEWS SOURCE:
Johnny Fatheree

LEGAL NOTICE AND TERMS OF USE: The content of the above press release was provided by the “news source” Johnny Fatheree or authorized agency, who is solely responsible for its accuracy. Send2Press® is the originating wire service for this story and content is Copr. © Johnny Fatheree with newswire version Copr. © 2015 Send2Press (a service of Neotrope). All trademarks acknowledged. Information is believed accurate, as provided by news source or authorized agency, however is not guaranteed, and you assume all risk for use of any information found herein/hereupon.