"We're proud of the musical line-up of Miyelo Music Festival," says Donnie Reis, lead man of the Donnie Reis Band as well as producer at Twelve3South Studio. "We put a bunch of effort into bringing national acts."

TIPP CITY, Ohio, June 1, 2015 (SEND2PRESS NEWSWIRE) — Trebius Promotions along with Twelve3South Studio is proud to announce the surprise addition of Jonathan Jackson + Enation to the roster of artists performing at Miyelo Music Festival, presented by Dave Arbogast on July 18 in Tipp City, Ohio.

Jonathan Jackson + Enation is an anthemic Alt/Rock/Pop three piece from Nashville, Tenn. The band recently released their fourth studio album, Radio Cinematic, through Loud & Proud Records. Jonathan Jackson’s album has a local tie-in, as 4 of the tracks had their strings arranged by Donnie Reis and recorded in Tipp City’s Twelve3South Studio.

Tipp City’s downtown merchant district plays host on July 18 to the inaugural festival with proceeds to benefit Pink Ribbon Girls. Festival-goers will enjoy entertainment from 1 p.m. until 12 midnight from 3 stages all located downtown. Event sponsor Heidelberg Distributing will be featuring Budweiser products as well as a selection of craft beers from Goose Island. Online ticket sales began April 15 and continue until sold out.

“We encourage early-bird online ticket sales as the price does go up at the gate,” says Mike McDermott, president of Trebius Promotions. “We do hope that the community helps us sell out this 2,500 ticket venue with proceeds benefitting Pink Ribbon Girls, an organization that meets the practical needs of families affected by breast cancer.”

“We’re proud of the musical line-up of Miyelo Music Festival,” says Donnie Reis, lead man of the Donnie Reis Band as well as producer at Twelve3South Studio. “We put a bunch of effort into bringing national acts such as Jonathan Jackson + Enation, Will Hoge, Brandon Chase and others to perform at Miyelo — every performance on July 18th is going to be memorable.”

Tipp City is located just north of Dayton, Ohio on I-75, a quick drive from cities like Cincinnati, Columbus and Toledo.

The general fee for admission is $30 per person ($40 at the gate). The festival is free for children ages 10 and under with a paid adult admission. Coolers are not permitted. Gates open at 11:30 a.m. with performances starting at 1 p.m. and going until 12 midnight.

For more information or to buy tickets to see Jonathan Jackson + Enation at Miyelo Music Festival, go to http://miyelomusicfest.com/.

About Miyelo Music Festival:
Miyelo Music Festival invites you to party with purpose at an Americana Music Festival that will feature eleven hours of music across three stages in Historic Downtown Tipp City on July 18, 2015. Pronounced “my-EL-oh” the word loosely translates to “I AM” in the language of the Lakota. Proceeds go to charity.

About Trebius Promotions:
Trebius Promotions is a digital public relations and event promotions firm looking to make artists shine, both on stage and online. Trebius Promotions help artists navigate the treacherous waters of band promotions, contracts, scheduling, equipment, tours, recording and marketing. Putting on a music festival with a great purpose to showcase some of their acts alongside of the industry’s hottest up-and-comers as well established artists was just the next logical step. More information: http://trebius.com/.

About Twelve3South Studio:
Twelve3South is equipped with the music industry’s most cutting edge signal chains utilizing the latest innovations in technology along with the best in tested, classic analogue signal processing. Twelve3South is equipped with a full Avid ProTools HD Native system utilizing Apogee’s flagship interface, the Symphony I/O with 24 channels of analog I/O, implementing the best AD/DA converters the industry has to offer. Twelve3South also uses Avid’s C|24 control surface and its 16 onboard mic pres to help maximize workflow. For more information on Twelve3South Studio and Donnie Reis, visit both http://twelve3south.com and http://donniereis.com/.

All artists are subject to change without notice.

For more information on the event, visit: http://miyelomusicfest.com/. 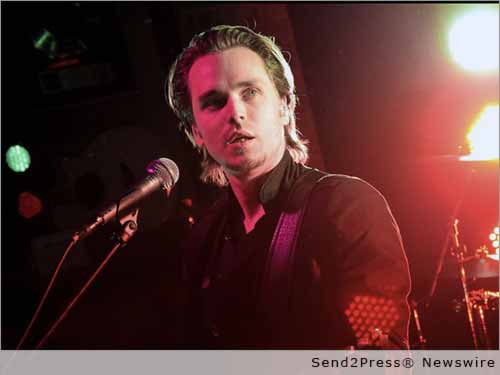 NEWS ARCHIVE NOTE: this archival news content, issued by the news source via Send2Press Newswire, was originally located in the Send2Press® 2004-2015 2.0 news platform and has been permanently converted/moved (and redirected) into our 3.0 platform. Also note the story “reads” counter (bottom of page) does not include any data prior to Oct. 30, 2016. This press release was originally published/issued: Mon, 01 Jun 2015 16:28:58 +0000

ABOUT THE NEWS SOURCE:
Trebius Promotions

LEGAL NOTICE AND TERMS OF USE: The content of the above press release was provided by the “news source” Trebius Promotions or authorized agency, who is solely responsible for its accuracy. Send2Press® is the originating wire service for this story and content is Copr. © Trebius Promotions with newswire version Copr. © 2015 Send2Press (a service of Neotrope). All trademarks acknowledged. Information is believed accurate, as provided by news source or authorized agency, however is not guaranteed, and you assume all risk for use of any information found herein/hereupon.