“These significant moves in our OEM business category reflect the importance that the company places on this part of our business and the partnerships that we have developed through the years,” said Fumihiro (Clint) Ohno, Kawasaki Engines and Power Products General Manager.

Lockyear, who joined Kawasaki in 1993 and has held several OEM-related posts will have overall responsibility for managing the activities of the OEM Sales Managers, working with them to further corporate sales and activity goals. Lockyear will concentrate on business expansion for the Engine Sales group, seeking new opportunities in the alternative fuels category as well as with potential consumer markets. Among Lockyear’s past company positions, he was involved with quality assurance, warranty, and technical services.

Moskwa, who has been with the company since 2006 will have oversight for a wide range of functions. Included are training and technical support teams, the quality group, as well as the applications engineering department. His role is to manage all product quality processes between the factory and their many OEM and dealer partners.

Kawasaki Engines and Power Products, a division of Kawasaki Motors Corp., U.S.A., distributes gasoline engines and professional handheld power products for landscape, industrial, and consumer markets. The division is headquartered in Grand Rapids, Mich., and services customers through its network of more than 8,000 independent dealers through the United States, Canada, and U.S. Trust Territories of the Pacific, including Guam. 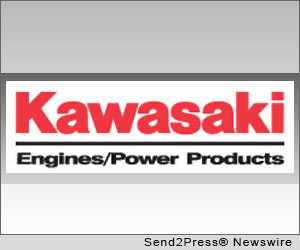 NEWS ARCHIVE NOTE: this archival news content, issued by the news source via Send2Press Newswire, was originally located in the Send2Press® 2004-2015 2.0 news platform and has been permanently converted/moved (and redirected) into our 3.0 platform. Also note the story “reads” counter (bottom of page) does not include any data prior to Oct. 30, 2016. This press release was originally published/issued: Tue, 05 Feb 2013 13:32:31 +0000

LEGAL NOTICE AND TERMS OF USE: The content of the above press release was provided by the “news source” Kawasaki Motors Corp., U.S.A. or authorized agency, who is solely responsible for its accuracy. Send2Press® is the originating wire service for this story and content is Copr. © Kawasaki Motors Corp., U.S.A. with newswire version Copr. © 2013 Send2Press (a service of Neotrope). All trademarks acknowledged. Information is believed accurate, as provided by news source or authorized agency, however is not guaranteed, and you assume all risk for use of any information found herein/hereupon.