FULLERTON, Calif., Oct. 29, 2015 (SEND2PRESS NEWSWIRE) — Kick Punch Labs, a web and app development firm, knows that idea makers might find the app ecosystem intimidating, but it believes that it’s still an open market for people who know how to disrupt the current environment.

“Consumers spend 85 percent of their time on smartphones,” Lance Mayfield, owner, Kick Punch Labs, says. “It’s a billion dollar business that’s no longer easy to penetrate. However, the opportunities are still there – the difficulty is finding the right niche to disrupt an industry.”

Mayfield illustrates his point through a social media example.

“Most people think that Facebook will always be the top dog, but look at the market value for newer apps such as Pinterest, Snapchat and Instagram. Each of them has a slightly different angle than Facebook, and these app owners have been able to carve out a slice of the social media app pie.”

Four methods are currently used to create a platform to gain user attention:

1. Intermediate the Industry. Several app creators have found their niche by wedging between a buyer and a seller. Take GrubHub as an example. This company is not a seller or buyer. They exist to bridge the gap between restaurants (sellers) and hungry patrons (buyers). This service provides an intermediate within the industry that buyers and sellers rely on.

3. Gamification. This is one way new app creators can find an addictive edge in the market. Of the 85 percent of time people spend on their smartphones, 43 percent of that time is spent playing smart device games. App games are the hottest area in the market, but even non-gaming platforms can engage users. Take Fitbit as an example. Fitbit uses the Matchup app to challenge each of its users. Users keep track of goals and compare their fitness achievements with other users.

4. Niche an Existing Idea. Some app owners find success by completely revolutionizing the industry and making their own niche. Every niche has a beginning, and some of the biggest brands were from creators who just “do it better.” Google took over AltaVista, Facebook replaced MySpace, and Apple and Android overtook the dominant Blackberry market.

“Creating your own niche is one of the most difficult, yet rewarding of all four methods,” Mayfield says. “Chances are that one of these four methods matches your app idea. You just need to figure your angle, mold a few marketing techniques and listen to user feedback to continually tweak your ideas.”

About Kick Punch Labs:
Kick Punch Labs is an app and web development shop. From design to coding, its staff brings ideas to life and beyond. With more than 20 years of experience, some of its past clients include: Hewlett Packard, Agilent Technologies, Sony, Plantronics, Cisco, Nike and several start-ups. No project is too big or small. 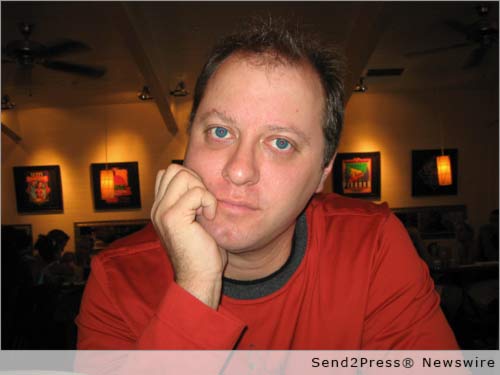 NEWS ARCHIVE NOTE: this archival news content, issued by the news source via Send2Press Newswire, was originally located in the Send2Press® 2004-2015 2.0 news platform and has been permanently converted/moved (and redirected) into our 3.0 platform. Also note the story “reads” counter (bottom of page) does not include any data prior to Oct. 30, 2016. This press release was originally published/issued: Thu, 29 Oct 2015 17:04:50 +0000

LEGAL NOTICE AND TERMS OF USE: The content of the above press release was provided by the “news source” Kick Punch Labs or authorized agency, who is solely responsible for its accuracy. Send2Press® is the originating wire service for this story and content is Copr. © Kick Punch Labs with newswire version Copr. © 2015 Send2Press (a service of Neotrope). All trademarks acknowledged. Information is believed accurate, as provided by news source or authorized agency, however is not guaranteed, and you assume all risk for use of any information found herein/hereupon.