"It's definitely a big disaster for XP users' countless applications and files, music being only one data type," says Mr. Beank, the managing director of KiwiGeeker. "We introduced KiwiG PhonTunes's newest version just in time for those users to easily do an entire music library migration to any device - iOS, Android, or any external storage."

HONG KONG and NEW YORK, N.Y., April 9, 2014 (SEND2PRESS NEWSWIRE) — After April 8, it’s going to be a tough time for most Windows XP users as the operating system will henceforth no longer receive security patches, application updates or any kind of support from Microsoft. KiwiGeeker, the developer of the creative multi-device music transfer freeware KiwiG PhonTunes, encourages Windows XP users to back up their important music files very soon, to avoid potential file loss.

Windows XP was launched in 2001, and since then became Microsoft’s most successful operating system. Over the past 10 years, XP evolved into a relatively stable platform with millions of devoted users. With Microsoft withdrawing support in April, the migration for the applications and files is going to be a huge workload for users, not to mention unfortunate loss of data that cannot be moved. Worse yet, IT reports and articles recently indicate that a hacker storm may be coming soon, taking advantage of any security holes in the “abandoned” Windows XP operating system.

Although this has yet to be seen, it’s still wise for XP users to back up their data before the threat of loss or file damage becomes a reality. KiwiGeeker software aims to help every user keep an eye on their beloved music files. KiwiG PhonTunes’s newest version 2.5 is an excellent solution to migrate all music files from a computer to external devices for backup or to a computer with another OS installed.

“It’s definitely a big disaster for XP users’ countless applications and files, music being only one data type,” says Mr. Beank, the managing director of KiwiGeeker. “We introduced KiwiG PhonTunes’s newest version just in time for those users to easily do an entire music library migration to any device – iOS, Android, or any external storage. PhonTunes has superiority in transferring music between different platforms, but we seldom talk about the back-up and recovery function. This function is extremely useful when facing data loss problems caused by system upgrading or, in this case, the end of an OS support in general. It’s risky to just sit back and cross your fingers.”

Beank added, “We’re hoping PhonTunes can come in handy to users who want to mitigate that risk and do a thorough backup of all their music files, in iTunes or elsewhere on the computer. I think it’s time to let our users know how fantastic the KiwiG backup capabilities are. And, as always, it’s for lifetime free of charge.”

So far the new release version 2.5 KiwiG PhonTunes not only improved the original functions for transferring music and playlists, it also enhanced customized the local music management functions. Users can conveniently manage selected music files after they successfully migrate them from the now-officially-outdated Windows XP operating system.

KiwiGeeker’s mission is to provide useful, clean and fresh software and solutions for your music transfer and data management needs. With this in mind, every product is developed under the principles of ease-of-use and high-practicality. Our aim to empower every user to freely handle complicated hassles, nurture a better understanding of the ins-and-outs of music transfer and data management, and ultimately to enable any user to easily interact with their digital environments like professionals.

To learn more or experience KiwiGeeker software and solutions, visit our website at http://www.kiwigeeker.com/.

For more information about this press release, or media questions, contact: marketing@kiwigeeker.com . 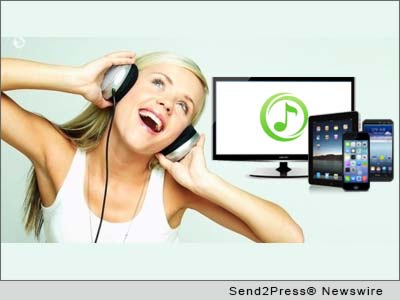 NEWS ARCHIVE NOTE: this archival news content, issued by the news source via Send2Press Newswire, was originally located in the Send2Press® 2004-2015 2.0 news platform and has been permanently converted/moved (and redirected) into our 3.0 platform. Also note the story “reads” counter (bottom of page) does not include any data prior to Oct. 30, 2016. This press release was originally published/issued: Wed, 09 Apr 2014 13:33:13 +0000

View More Electronics News
"It's definitely a big disaster for XP users' countless applications and files, music being only one data type," says Mr. Beank, the managing director of KiwiGeeker. "We introduced KiwiG PhonTunes's newest version just in time for those users to easily do an entire music library migration to any device - iOS, Android, or any external storage."

ABOUT THE NEWS SOURCE:
KiwiGeeker

LEGAL NOTICE AND TERMS OF USE: The content of the above press release was provided by the “news source” KiwiGeeker or authorized agency, who is solely responsible for its accuracy. Send2Press® is the originating wire service for this story and content is Copr. © KiwiGeeker with newswire version Copr. © 2014 Send2Press (a service of Neotrope). All trademarks acknowledged. Information is believed accurate, as provided by news source or authorized agency, however is not guaranteed, and you assume all risk for use of any information found herein/hereupon.