‘Legends of Surf Music’ concert to premiere in Vista Calif. on October 25, 2014 at the Moonlight Amphitheatre

John Jerd, the President of Stars and Stripes Events, said, "This concert will make music history because the audience hasn't seen some of these groups in decades, and never all these famous band members in one concert."

VISTA, Calif., Aug. 28, 2014 (SEND2PRESS NEWSWIRE) — Stars and Stripes Events, a concert production company located in Escondido, Calif., is promoting a surf rock concert with former members of eight of the best known famous surf rock bands of the sixties. The promoter will donate 10 percent of ticket sales directly to Wounded Warrior Homes also located in Vista, Calif. The concert is at the Moonlight Amphitheatre in Vista on October 25.

The concert line-up of performers will include former members of the Hondells, Castells, Marketts and the Routers; all performing for the first time in 50 years with several original members.

John Jerd, the President of Stars and Stripes Events, said, “This concert will make music history because the audience hasn’t seen some of these groups in decades, and never all these famous band members in one concert.”

Stars and Stripes Events, and Jerd & DiMaggio Productions of Escondido California, headed up by John Jerd, produce and promote concerts primarily for 501(c)3 non-profit organizations; especially where the non-profit serves our military heroes.

Complete information can be viewed at http://StarsAndStripesEvents.com and tickets can be purchased at http://www.VisTixOnline.com – or by calling the box office Monday through Friday 12 noon to 5 p.m. at 760-724-2110. 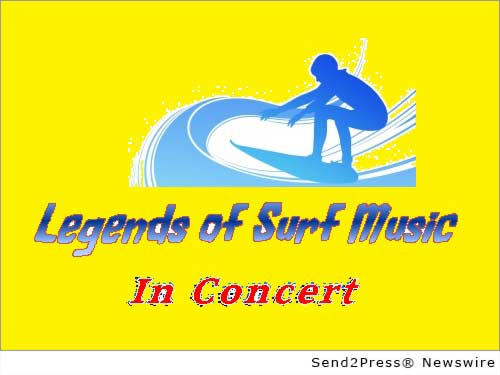 NEWS ARCHIVE NOTE: this archival news content, issued by the news source via Send2Press Newswire, was originally located in the Send2Press® 2004-2015 2.0 news platform and has been permanently converted/moved (and redirected) into our 3.0 platform. Also note the story “reads” counter (bottom of page) does not include any data prior to Oct. 30, 2016. This press release was originally published/issued: Thu, 28 Aug 2014 09:00:40 +0000

View More California Business News
John Jerd, the President of Stars and Stripes Events, said, "This concert will make music history because the audience hasn't seen some of these groups in decades, and never all these famous band members in one concert."

More from Stars and Stripes Events

ABOUT THE NEWS SOURCE:
Stars and Stripes Events

LEGAL NOTICE AND TERMS OF USE: The content of the above press release was provided by the “news source” Stars and Stripes Events or authorized agency, who is solely responsible for its accuracy. Send2Press® is the originating wire service for this story and content is Copr. © Stars and Stripes Events with newswire version Copr. © 2014 Send2Press (a service of Neotrope). All trademarks acknowledged. Information is believed accurate, as provided by news source or authorized agency, however is not guaranteed, and you assume all risk for use of any information found herein/hereupon.