"Our growth has come from a wide variety of Texans, but we especially see interest among young people," reports Patrick Dixon, Chair, Libertarian Party of Texas. "I am very encouraged to see future generations of Libertarians getting involved."

AUSTIN, Texas, April 2, 2014 (SEND2PRESS NEWSWIRE) — With Generation Liberty! as its theme, the Libertarian Party of Texas will host its 2014 state convention April 11-13 at the Frank W. Mayborn Civic and Convention Center in Temple.

The party will nominate candidates for statewide office and elect new state party officers. The convention will feature an exciting lineup of speakers and events supporting Libertarian goals of peace, liberty and justice for all.

The Libertarian State Convention will see over 200 delegates, with 25 candidates seeking nomination for 15 offices, and, what is tracking to be the largest number of non-delegates, in attendance.

Friday events are free and open to the public while Saturday and Sunday includes meal and speaker events that require registration.

With a 1 p.m. kick-off, Friday’s first session will provide important training for delegates to learn mechanics of the procedures observed during convention business sessions. A 3:30 p.m. “Come and Take It” rally in the Mayborn Center parking lot will feature speakers including C.J. Grisham discussing the importance of defending Second Amendment rights. Candidate debates for statewide offices are scheduled from 6 – 9 p.m.

The dinner banquet will include speakers Wes Benedict, Michael Cloud and Ben Swann. Benedict, executive director of the Libertarian National Committee, and Cloud, president and co-founder of the Center For Small Government, will talk on effectively spreading the party’s message. Swann, a broadcast news journalist known for creating “Reality Check” and his own media company, the Truth in Media Project, will deliver the keynote address.

On Sunday, 2013 SFL Student of the Year award winner, Noelle Mandell will discuss why young people matter and how Libertarians can work to attract/engage the next generation, and will also facilitate a hands-on exercise in activism.

A Sunday break-out session, “Free Beer: Liberating our favorite libations,” will highlight the challenges of small business owners in a highly regulated environment while lunch speakers will discuss “Bitcoin, Banks and Bailouts: How do Bitcoin, the Federal Reserve System, and crony capitalism affect the economy.” 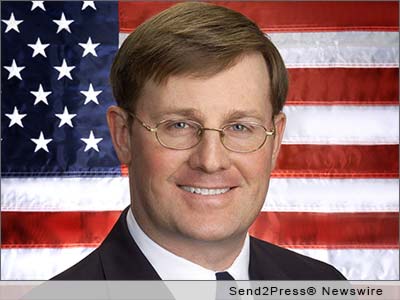 NEWS ARCHIVE NOTE: this archival news content, issued by the news source via Send2Press Newswire, was originally located in the Send2Press® 2004-2015 2.0 news platform and has been permanently converted/moved (and redirected) into our 3.0 platform. Also note the story “reads” counter (bottom of page) does not include any data prior to Oct. 30, 2016. This press release was originally published/issued: Wed, 02 Apr 2014 15:24:35 +0000

View More Austin Business News
"Our growth has come from a wide variety of Texans, but we especially see interest among young people," reports Patrick Dixon, Chair, Libertarian Party of Texas. "I am very encouraged to see future generations of Libertarians getting involved."