Of note, Ms. Pulliam has held a leadership position on the American Bar Association’s Health Law Section since 2006 and currently serves as Chair of the ABA’s Breast Cancer Task Force and is former Vice Chair of the Section’s Employee Benefits and Highly Compensated Employees Task Force.

The origin of the ABA Breast Cancer Task Force dates back over twenty years. In 1993, the ABA Commission on Women In The Profession presented a major program about legal issues affecting breast cancer patients.

Funded by a grant from the Susan G. Komen Foundation, the ABA Commission developed a program on breast cancer advocacy for the ABA Annual meeting that year. The Breast Cancer Advocacy Initiative was developed by the American Bar Association to provided legal advocacy training to lawyers, to provide resources for lawyers and consumers dealing with breast cancer, and to educate women, attorneys and policymakers on the range of legal issues impacting women’s health.

Ms. Pulliam was peer-selected as Lawyer of the Year in the area of Employment and Labor Litigation as published in Best Lawyers of America in 2015 and 2016.

Best Lawyers of America partnered with U.S. News & World Report, the leading rankings publication in the U.S., to rank law firms in the United States. Best Lawyers peer-reviewed listings are also now published in 70 countries around the world.

Ms. Pulliam was also noted in Super Lawyer Magazine as a “super lawyer” in the area of healthcare in the Mid-South region. Ms. Pulliam is also listed in Chambers USA and is a member of the American Board of Trial Advocates.

In addition to advocacy, Pulliam counsels and advises her clients which include medical providers, hospitals and schools, large and small corporations on the best practices to avoid litigation. She conducts internal investigations, negotiates, drafts and reviews employment contracts and separation agreements for physicians and highly compensated employees and assists physicians in peer review proceedings. 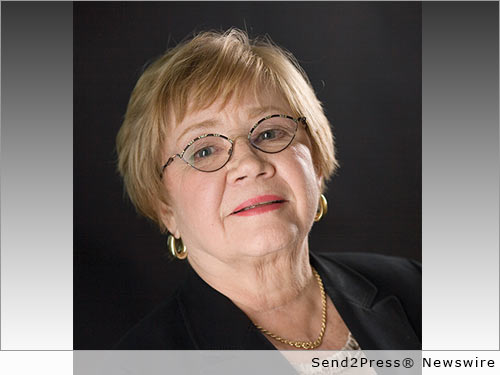 NEWS ARCHIVE NOTE: this archival news content, issued by the news source via Send2Press Newswire, was originally located in the Send2Press® 2004-2015 2.0 news platform and has been permanently converted/moved (and redirected) into our 3.0 platform. Also note the story “reads” counter (bottom of page) does not include any data prior to Oct. 30, 2016. This press release was originally published/issued: Tue, 03 May 2016 08:00:18 +0000

LEGAL NOTICE AND TERMS OF USE: The content of the above press release was provided by the “news source” Janet L. Pulliam or authorized agency, who is solely responsible for its accuracy. Send2Press® is the originating wire service for this story and content is Copr. © Janet L. Pulliam with newswire version Copr. © 2016 Send2Press (a service of Neotrope). All trademarks acknowledged. Information is believed accurate, as provided by news source or authorized agency, however is not guaranteed, and you assume all risk for use of any information found herein/hereupon.