ROCKLEDGE, Fla., Oct. 23, 2013 (SEND2PRESS NEWSWIRE) — LRM Industries International, Inc. has been recognized as a recipient of the 2013 Florida Companies to Watch(SM) award, an honor presented by GrowFL at the University of Central Florida. In its 3rd year, Florida Companies to Watch is presented by GrowFL in association with the Edward Lowe Foundation.

Florida Companies to Watch is an awards program that celebrates privately held second-stage companies headquartered in the state. To be eligible, applicants must employ between 6 and 99 full-time equivalent employees and have between $750,000 and $50 million in annual revenue or working capital in place. Awardees are selected for demonstrating the intent and capacity to grow based on employee or sales growth, exceptional entrepreneurial leadership, sustainable competitive advantage, outstanding corporate culture, inspired community giving and other notable strengths.

From a pool of 110,000 second-stage companies in Florida, LRM Industries International, Inc. was selected as one of fifty awardees.

LRM was established to commercialize TPF ThermoPlastic Flowforming­ technology, a radically different and award-winning process technology for producing large, feature-rich, long-fiber reinforced thermoplastic composite parts in one fully automated operation. With the patented TPF ThermoPlastic Flowforming­ and the innovative STF Sheetless ThermoForming™ technology, LRM enables innovative applications and designs in the use of thermoplastics/composites to produce very large unitary structures where, to-date, it has been viewed as technically infeasible, cost prohibitive or lacking in strength and structural integrity. Visit http://lrmind.com/. 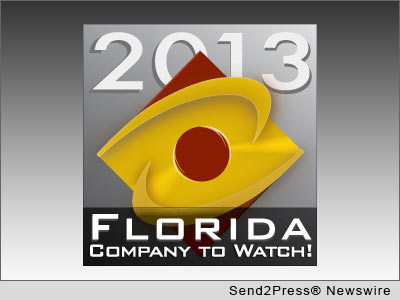 About GrowFL:
GrowFL provides strategies, resources and support to second-stage companies for next level growth. By supporting companies with Strategic Research and peer-to-peer CEO mentoring, GrowFL helps companies overcome obstacles to growth and leads them towards prosperity. Based on the philosophy of Economic Gardening – to grow existing businesses in a community, region or state – GrowFL is the program of the Florida Economic Gardening Institute at the University of Central Florida and is a critical component to the state’s economic development strategy and Florida’s entrepreneurial ecosystem.

During the pilot program from 2009-2011, GrowFL helped more than 400 companies create 1,400 new jobs and had an annual economic impact of $510.4 million. At the beginning of 2013, that number has grown to nearly 700 companies supported by GrowFL. For more information: http://www.growfl.com/. NEWS ARCHIVE NOTE: this archival news content, issued by the news source via Send2Press Newswire, was originally located in the Send2Press® 2004-2015 2.0 news platform and has been permanently converted/moved (and redirected) into our 3.0 platform. Also note the story “reads” counter (bottom of page) does not include any data prior to Oct. 30, 2016. This press release was originally published/issued: Wed, 23 Oct 2013 18:08:00 +0000

LEGAL NOTICE AND TERMS OF USE: The content of the above press release was provided by the “news source” LRM Industries International, Inc. or authorized agency, who is solely responsible for its accuracy. Send2Press® is the originating wire service for this story and content is Copr. © LRM Industries International, Inc. with newswire version Copr. © 2013 Send2Press (a service of Neotrope). All trademarks acknowledged. Information is believed accurate, as provided by news source or authorized agency, however is not guaranteed, and you assume all risk for use of any information found herein/hereupon.