Luxuryville Records to Release Their Debut Exploration Into the Dub Genre with ‘Dubtronica, Vol. I’

DENVER, Colo., July 29, 2014 (SEND2PRESS NEWSWIRE) — Colorado based record label, Luxuryville, is set to kick off the fall surf season with their newest record, Dubtronica, Vol. I, a fresh look at electronic dub music.

When you think of good dub music, old-school artists like King Tubby and Lee “Scratch” Perry may come to mind. Labels such as Trojan Records and Fire & Ice capture that telltale dub sound that is legendary. As the years have progressed, newer artists like Black Uhuru and Dub Syndicate have added their own style, expanding the boundaries of what is “dub” music.

Instrumental up-tempo beats, classic horn lines, scratchy political lyrics and deep half-time reggae grooves permeate the sound of Luxuryville’s newest release, Dubtronica, Vol. I. There are even a few horn and guitar solos thrown in for style. The music segues seamlessly from double-time electronic beats into half-time old-school reggae riffs and bass lines, and then back again.

Every one of the eight tracks brings something new into the dub equation, experimenting in ways perhaps not yet imagined. Above all, the album’s sound is fresh, memorable and turns the wheel another revolution in the dub world.

In a landscape full of incredible dub artists and reggae grooves, Luxuryville Records humbly pays homage to the dub genre and adds a little bit of their own spice. We hope that you will join us in the celebration and release of Luxuryville’s long awaited dub album release, Dubtronica, Vol. I.

For additional information please contact Devon Kurzweil at (303) 667-1190, or at dkrockstar@aol.com. See more of the album at http://luxuryville.net/.

Colorado producer, writer and musician Devon Kurzweil is the driving force behind Luxuryville. A multi-instrumentalist and talented guitarist, Devon creates and performs the majority of the music featured on the new album. Dan Levin (Air Tight Experiment, Fina Dupa) handles the vocals flawlessly, as if reggae was his main gig. Adding even more color, the fine horn section of Soul School were brought in for those classic reggae horn lines. Dubtronica, Vol I., is the long awaited culmination of Devon’s many surf trip musings and music explorations around the globe. 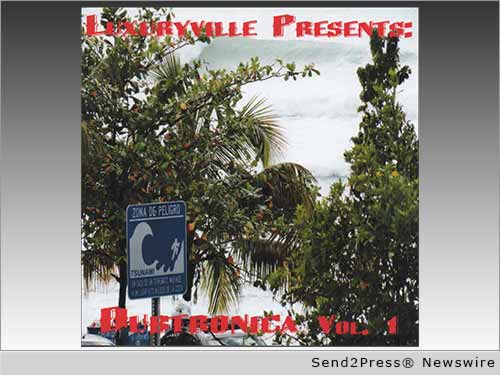 NEWS ARCHIVE NOTE: this archival news content, issued by the news source via Send2Press Newswire, was originally located in the Send2Press® 2004-2015 2.0 news platform and has been permanently converted/moved (and redirected) into our 3.0 platform. Also note the story “reads” counter (bottom of page) does not include any data prior to Oct. 30, 2016. This press release was originally published/issued: Tue, 29 Jul 2014 12:58:18 +0000

ABOUT THE NEWS SOURCE:
Luxuryville Records

LEGAL NOTICE AND TERMS OF USE: The content of the above press release was provided by the “news source” Luxuryville Records or authorized agency, who is solely responsible for its accuracy. Send2Press® is the originating wire service for this story and content is Copr. © Luxuryville Records with newswire version Copr. © 2014 Send2Press (a service of Neotrope). All trademarks acknowledged. Information is believed accurate, as provided by news source or authorized agency, however is not guaranteed, and you assume all risk for use of any information found herein/hereupon.