Marsha Fountain to Retire as President of The Oncology Group

"Steve is well-qualified to lead the robust, thriving practice that we've built into our new phase of growth," said Ms. Fountain. "We've added new consultants, and further plans for expansion are already underway."

AUSTIN, Texas, May 19, 2015 (SEND2PRESS NEWSWIRE) — The Oncology Group today announced that its owner and president, Marsha Fountain, will retire effective May 29, 2015. Steve Black, who has served as vice president of The Oncology Group since August 2013, will take over as president.

Based in Austin and founded in 2004, The Oncology Group is a cancer program planning and consulting firm with clients nationwide.

Ms. Fountain has been with The Oncology Group since it was founded in 2004 and assumed the role of president in 2010. With more than 40 years’ experience in cancer care and as a founder of the Association of Cancer Executives (ACE), she is considered one of the nation’s pioneers in strategy, development and operations for community cancer programs and networks. She’s worked with clients ranging from small cancer programs to large hospital networks throughout the United States.

“Marsha’s career accomplishments are remarkable. It’s hard to estimate the vast number of patients, doctors, nurses, therapists, administrators and others who’ve benefited from her intelligence, expertise, insight, hard work and dedication,” said Ron DiGiaimo, Chief Executive Officer of Revenue Cycle Inc., an affiliate of The Oncology Group. “She has helped hospitals build and improve the continuum of cancer care services patients require in this new age. Her expertise has bridged the gap between clinical and facility needs to design cancer centers that operate at their peak.”

Ms. Fountain will continue to support The Oncology Group’s clients and staff, acting as a resource for partners and consulting on special projects.

Mr. Black will assume the role of The Oncology Group’s president. With more than 25 years of experience in healthcare administration, he has created and led an impressive range of multimillion dollar, multidisciplinary projects, enhancing and streamlining hospital programs. He’s also helped physician-based practices and hospitals develop mutually beneficial partnerships.

“Steve is well-qualified to lead the robust, thriving practice that we’ve built into our new phase of growth,” said Ms. Fountain. “We’ve added new consultants, and further plans for expansion are already underway, including new service lines such as financial planning and analysis. The Oncology Group is in good hands.”

Specializing in both the clinical and administrative aspects of oncology, The Oncology Group has consulted with more than 300 hospitals and cancer programs across 38 states to build, develop and expand their cancer programs, facilities and operations. For more information, visit http://www.theoncologygroup.com/.

News issued by: The Oncology Group 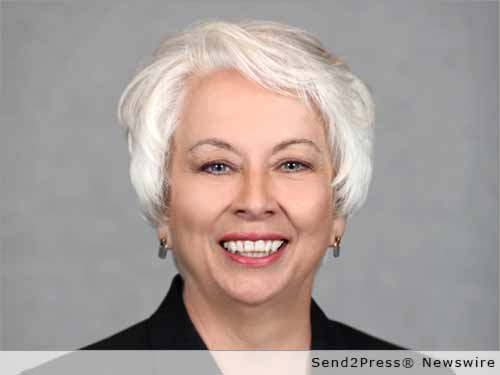 NEWS ARCHIVE NOTE: this archival news content, issued by the news source via Send2Press Newswire, was originally located in the Send2Press® 2004-2015 2.0 news platform and has been permanently converted/moved (and redirected) into our 3.0 platform. Also note the story “reads” counter (bottom of page) does not include any data prior to Oct. 30, 2016. This press release was originally published/issued: Tue, 19 May 2015 06:59:01 +0000

More from The Oncology Group

ABOUT THE NEWS SOURCE:
The Oncology Group

LEGAL NOTICE AND TERMS OF USE: The content of the above press release was provided by the “news source” The Oncology Group or authorized agency, who is solely responsible for its accuracy. Send2Press® is the originating wire service for this story and content is Copr. © The Oncology Group with newswire version Copr. © 2015 Send2Press (a service of Neotrope). All trademarks acknowledged. Information is believed accurate, as provided by news source or authorized agency, however is not guaranteed, and you assume all risk for use of any information found herein/hereupon.