"While many African-American writers have sought to incorporate African elements into their works, few have realized that goal as elegantly and powerfully as Samuel W. Allen," stated James Manheim in Contemporary Black Biography, 2003.

BOSTON, Mass., Sept. 1, 2015 (SEND2PRESS NEWSWIRE) — A public memorial celebration will be held Saturday, October 10, at 2 p.m. ET. at the Museum of African American History, 46 Joy Street, Beacon Hill, Boston, MA to celebrate the life and legacy of Samuel Washington Allen – who also wrote under the pen name of Paul Vesey. The noted poet, professor, lawyer and translator passed away peacefully surrounded by family and friends at the age of 97 on June 27, 2015 in Norwood, Mass.

Samuel Allen’s collections of poetry consist of the bilingual Elfenbeinzahne (Heidelberg, 1956); Ivory Tusks (New York, 1968); Paul Vesey’s Ledger (London, 1975) and Every Round (Detroit, 1987). He translated Sartre’s “Orphee noir” essay in 1951 while in Paris and was the editor and one of the translators of Poems from Africa (Crowell, 1973).

Allen then attended Harvard Law School where he earned his Doctor of Jurisprudence in 1941 – later becoming deputy assistant in the New York district attorney’s office.

Samuel Allen then relocated to Paris on a GI Bill to study at the Sorbonne. There, he joined other African American ex-patriots – including Richard Wright, Langston Hughes and James Baldwin. Wright introduced Allen into the Presence Africaine circle – where his first published poems appeared in 1949.

After returning to the United States, Samuel Allen served as an attorney with the federal government in Washington under the administrations of presidents Kennedy and Johnson.

In 1968, Allen committed himself fully to literature – teaching at Tuskegee Institute, Wesleyan and Boston University. He gave readings throughout the United States – including before the Library of Congress. He received numerous fellowships, residencies and lifetime achievement awards. On April 2, 2010 Samuel Washington Allen was inducted into the International Literary Hall of Fame for Writers of African Descent at the Gwendolyn Brooks Center for Black Literature and Creative Writing at Chicago State University.

“While many African-American writers have sought to incorporate African elements into their works, few have realized that goal as elegantly and powerfully as Samuel W. Allen,” stated James Manheim in Contemporary Black Biography, 2003.

A legacy giving opportunity will be announced at the memorial to benefit Fisk University. 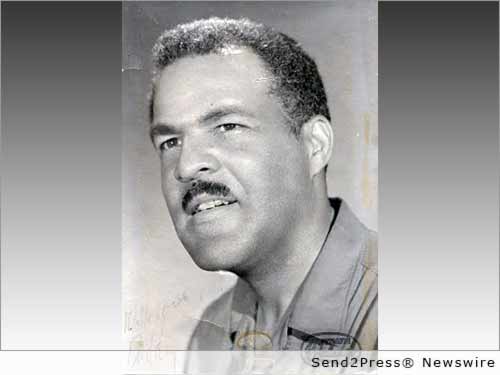 NEWS ARCHIVE NOTE: this archival news content, issued by the news source via Send2Press Newswire, was originally located in the Send2Press® 2004-2015 2.0 news platform and has been permanently converted/moved (and redirected) into our 3.0 platform. Also note the story “reads” counter (bottom of page) does not include any data prior to Oct. 30, 2016. This press release was originally published/issued: Tue, 01 Sep 2015 17:48:42 +0000

View More African American Interest News
"While many African-American writers have sought to incorporate African elements into their works, few have realized that goal as elegantly and powerfully as Samuel W. Allen," stated James Manheim in Contemporary Black Biography, 2003.

More from Family of Samuel Allen

ABOUT THE NEWS SOURCE:
Family of Samuel Allen

LEGAL NOTICE AND TERMS OF USE: The content of the above press release was provided by the “news source” Family of Samuel Allen or authorized agency, who is solely responsible for its accuracy. Send2Press® is the originating wire service for this story and content is Copr. © Family of Samuel Allen with newswire version Copr. © 2015 Send2Press (a service of Neotrope). All trademarks acknowledged. Information is believed accurate, as provided by news source or authorized agency, however is not guaranteed, and you assume all risk for use of any information found herein/hereupon.