For additional information or to purchase tickets go to www.bronzelens.com/tickets-and-registration.html.

In addition to screening 44 films representing the United States, Africa, Canada and South America, BLFF13 highlights include: a talk back with Alice Walker after screening “Alice Walker: Beauty in Truth”; a talk back with director Nelson George after screening “Finding the Funk”; a discussion on social change issues following the Cinema and Social Justice films; an intensive acting session with casting director Kim Hardin; a discussion of the role of makeup artistry in filmmaking; and a discussion of how to get a job in film production.

Red Carpet events include the Atlanta debut of “Black Nativity”, BronzeLens Women SuperStars Luncheon, the BronzeLens Awards Show, and a screening of “The Best Man Holiday” followed by a talk back with film director, Malcolm D. Lee, and cast members.

Media is invited to attend. Space is limited so credentialed media should RSVP for Red Carpet events to: Edrea Davis edrea@jazzmynepr.com. If you are approved you will receive an email.

* Saturday, November 9
2:00 p.m. Casting director/producer Reuben Cannon and the Producer’s Roundtable: BET Networks presents Reuben Cannon, an acclaimed film icon, in an assembled round table of highly successful producer’s including: David Talbert, Lyn Talbert, Jeff Clanagan and Paul Hall who have box office hits to give insight on film from their point of view.

Background:
Founded in 2009, The BronzeLens Film Festival of Atlanta, Georgia is a non-profit organization dedicated to bringing national and worldwide attention to Atlanta as a center for film and film production for people of color and to showcase films and provide networking opportunities that will develop the next generation of filmmakers. 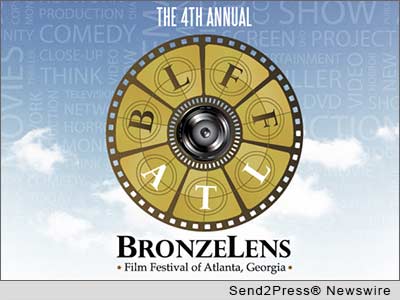 Alternate Headline: BLFF13: BronzeLens Film Festival in Atlanta features Over 40 film screenings and an all-star roster of experts and celebrities

NEWS ARCHIVE NOTE: this archival news content, issued by the news source via Send2Press Newswire, was originally located in the Send2Press® 2004-2015 2.0 news platform and has been permanently converted/moved (and redirected) into our 3.0 platform. Also note the story “reads” counter (bottom of page) does not include any data prior to Oct. 30, 2016. This press release was originally published/issued: Tue, 05 Nov 2013 19:57:55 +0000

LEGAL NOTICE AND TERMS OF USE: The content of the above press release was provided by the “news source” BronzeLens Film Festival or authorized agency, who is solely responsible for its accuracy. Send2Press® is the originating wire service for this story and content is Copr. © BronzeLens Film Festival with newswire version Copr. © 2013 Send2Press (a service of Neotrope). All trademarks acknowledged. Information is believed accurate, as provided by news source or authorized agency, however is not guaranteed, and you assume all risk for use of any information found herein/hereupon.