Arkansas Mortgage Banker of The Year Announced at Fall Conference

The award went to Mike Milner. Mr. Milner is the Senior Vice President at First Security Mortgage in charge of mortgage originations statewide. Mr. Milner is a former President of MBAA and served on its board for many years. He has served locally on the board of the Faulkner County Home Builders Association and as an active associate supporter of the Faulkner County Board of REALTORS®.

About the Mortgage Bankers Association of Arkansas:
Incorporated in 1959, the MBAA’s objective is to encourage sound business practices in the making, marketing and servicing of real estate mortgage loans.

This is accomplished through: educating and training industry professionals; providing networking opportunities: developing open and fair standards and practices for the industry; and representing the industry’s voice on legislative and regulatory issues.

If you would like more information about the MBAA, please visit: http://www.arkansasmba.org/. 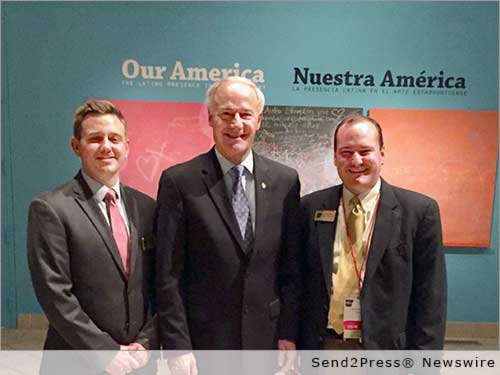 NEWS ARCHIVE NOTE: this archival news content, issued by the news source via Send2Press Newswire, was originally located in the Send2Press® 2004-2015 2.0 news platform and has been permanently converted/moved (and redirected) into our 3.0 platform. Also note the story “reads” counter (bottom of page) does not include any data prior to Oct. 30, 2016. This press release was originally published/issued: Tue, 24 Nov 2015 17:23:21 +0000

Mortgage Banker of the Year

ABOUT THE NEWS SOURCE:
Mortgage Bankers Association of Arkansas

LEGAL NOTICE AND TERMS OF USE: The content of the above press release was provided by the “news source” Mortgage Bankers Association of Arkansas or authorized agency, who is solely responsible for its accuracy. Send2Press® is the originating wire service for this story and content is Copr. © Mortgage Bankers Association of Arkansas with newswire version Copr. © 2015 Send2Press (a service of Neotrope). All trademarks acknowledged. Information is believed accurate, as provided by news source or authorized agency, however is not guaranteed, and you assume all risk for use of any information found herein/hereupon.