"We are what you get," says Lana Wilde, founder of Mountain Home Care, "we take care of the things other care providers don't."

Mountain Home Care remains a recognized leader in private home care and geriatric care management since it was founded in 2003.

Wilde still remembers the phone call from her husband Jim Wilde, then an executive with long-time Weaverville corporation SonaPress, now Arvado. Traveling on business, he read an article about the fastest growing home businesses. One of those growth areas, non-medical senior home care, described his wife “to a T.”

“It had Lana written all over it,” she recalls him saying excitedly.

That moment seemed a really long way from 1999 and that empty nest “and nothing that’s mine to do,” recalls Wilde. Always a person who takes care of folks, she would reach out to older, infirm individuals, making them chicken soup or taking them to the doctor. As her parents were aging, they began to have major issues. By 2000 she was caring for her father, and in 2001, she became his advocate in his medical care. After he passed away, leaving her mother by herself in Charleston, road trips became increasingly frequent – sometimes just to have a prescription refilled.

She began to think about hiring someone to help with her mother’s care. Not the important things, but the everyday routines. When the family couldn’t find what they needed, her mother went to live with her sister. That was 2003. At the same time, Jim’s mother came to live in their home. Her brother also had his mother in law living in his home.

Convinced her family was not alone, Lana left her job as a corporate recruiter and started her business in the basement of the family home with one client and one caregiver, and “grandma” in the mother-in-law suite. She invested in training from The Senior’s Choice, a turnkey business model, which offered her the foundation and infrastructure she knew she would need, a decision she’s never had reason to regret. The Articles of Incorporation were filed on April 17, 2003.

From there, she and her son, Jeremy, who left his corporate job in sales and marketing to help build the business, worked every aspect from the ground up. They did visits, intake, and payroll. They sat with clients in the middle of the night, replaced absent employees. They asked a lot of questions, and learned by doing. By 2009, their efforts were rewarded when Mountain Home Care became one of the first companies to acquire licensure in the home care field from the state of North Carolina following a two-year moratorium.

Ten years later, Wilde misses the daily client contact, just being there, holding hands, providing a soothing presence. But she’s grateful for the success that’s the product of hard work, blood, sweat and tears. Hers is truly a family business, where family reaches out to family on a daily basis, and clients get what they need. Often, the Mountain Home Care team supplements palliative or hospice care, providing a heightened level of personal assistance on the client’s team.

“We are what you get,” she says, “we take care of the things other care providers don’t.” 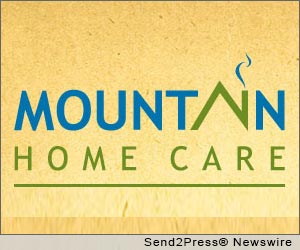 NEWS ARCHIVE NOTE: this archival news content, issued by the news source via Send2Press Newswire, was originally located in the Send2Press® 2004-2015 2.0 news platform and has been permanently converted/moved (and redirected) into our 3.0 platform. Also note the story “reads” counter (bottom of page) does not include any data prior to Oct. 30, 2016. This press release was originally published/issued: Tue, 26 Feb 2013 16:40:37 +0000

View More Business News
"We are what you get," says Lana Wilde, founder of Mountain Home Care, "we take care of the things other care providers don't."

LEGAL NOTICE AND TERMS OF USE: The content of the above press release was provided by the “news source” Mountain Home Care or authorized agency, who is solely responsible for its accuracy. Send2Press® is the originating wire service for this story and content is Copr. © Mountain Home Care with newswire version Copr. © 2013 Send2Press (a service of Neotrope). All trademarks acknowledged. Information is believed accurate, as provided by news source or authorized agency, however is not guaranteed, and you assume all risk for use of any information found herein/hereupon.