"Mr Cabinet Care prides itself not only on providing unparalleled quality and service to Anaheim and OC residents, but also in giving back to the community that's supported us for nearly three decades," says Sid Jaridly, Co-Owner and CEO of Mr Cabinet Care.

Shortly after being voted the “Best Kitchen and Bath Remodeling Company” by Orange County Register readers for the ninth year running, as part of the paper’s annual “People’s Choice” awards, Mr Cabinet Care met with Anaheim Mayor Tom Tait in October of last year. Mayor Tait extended an invitation to the company to help promote benevolence and goodwill locally, through participation in Anaheim’s own “Million Acts of Kindness” campaign.

The Million Acts of Kindness initiative was launched in 2013 as a joint effort between Mayor Tait and the Anaheim City School District. Inspiration for this effort came from “Kindness Week,” a Hillsborough Elementary School program started by local residents Edward and Karine Jaievsky in memory of their 6-year-old daughter Natasha.

As contributors to the campaign, Mr Cabinet Care invited nine Kennedy High School students to spend the day learning and building connections at the company’s Anaheim factory and showroom. Students received practical exposure to the core principles of entrepreneurship, interior design, and community leadership. Company CEO Sid Jaridly and even city official, Mishal Montgomery were present to meet the participants.

“Mr Cabinet Care prides itself not only on providing unparalleled quality and service to Anaheim and OC residents, but also in giving back to the community that’s supported us for nearly three decades,” says Sid Jaridly, Co-Owner and CEO of Mr Cabinet Care.

Established in 1987, The Original Mr. Cabinet Care has become one of the largest and most trusted kitchen remodeling companies in Southern California. The company specializes in kitchen remodeling as well as cabinet refacing. The family owned company operates out of a 24,000 square foot factory and showroom in Anaheim, California.

For nearly three decades, The Original Mr. Cabinet Care team has focused their efforts on becoming not the biggest, but the best in their industry. They have been voted the #1 kitchen remodeling company in their industry and the only 9-time winner of the People’s Choice awards. Mr. Cabinet Care strives to best serve each client and not only meet their needs, but provide them with a stunning kitchen they will love for many years to come! 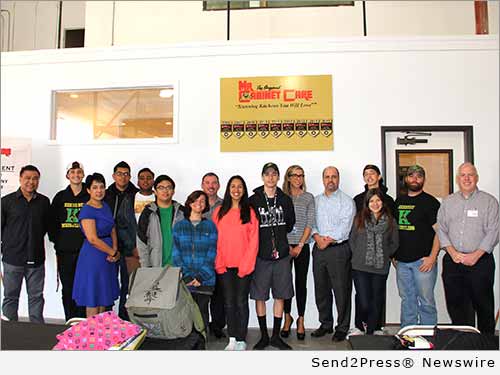 NEWS ARCHIVE NOTE: this archival news content, issued by the news source via Send2Press Newswire, was originally located in the Send2Press® 2004-2015 2.0 news platform and has been permanently converted/moved (and redirected) into our 3.0 platform. Also note the story “reads” counter (bottom of page) does not include any data prior to Oct. 30, 2016. This press release was originally published/issued: Fri, 18 Mar 2016 13:46:47 +0000

View More California Business News
"Mr Cabinet Care prides itself not only on providing unparalleled quality and service to Anaheim and OC residents, but also in giving back to the community that's supported us for nearly three decades," says Sid Jaridly, Co-Owner and CEO of Mr Cabinet Care.

LEGAL NOTICE AND TERMS OF USE: The content of the above press release was provided by the “news source” Mr Cabinet Care or authorized agency, who is solely responsible for its accuracy. Send2Press® is the originating wire service for this story and content is Copr. © Mr Cabinet Care with newswire version Copr. © 2016 Send2Press (a service of Neotrope). All trademarks acknowledged. Information is believed accurate, as provided by news source or authorized agency, however is not guaranteed, and you assume all risk for use of any information found herein/hereupon.