Mrs. Georgia Teams Up with Hillside to Support Treatment for Traumatized Children

"I'll be working with Hillside, a non-profit organization that offers a continuum of care for children, adolescents and their families," Kopp says.

ROSWELL, Ga., June 11, 2015 (SEND2PRESS NEWSWIRE) — Nova Kopp, the most recent winner of the Mrs. Georgia United States Pageant, has already started to roll up her sleeves and is acting as “ambassador” for a group that supports children and families in need.

“I’ll be working with Hillside, a non-profit organization that offers a continuum of care for children, adolescents and their families,” Kopp says.

Mark Pulliam, director of business development at Hillside, says that they were thrilled when they learned of Kopp’s interest to support their mission.

“This is such a magnificent fit,” Pulliam says. “Kopp grew up in an environment similar to the children we are working to help. Her childhood history has given her the understanding and passion to support healing environments like Hillside.”

Hillside is a psychiatric residential hospital and a fully accredited school. It’s continuum of services also includes a community program to prevent kids from being admitted, crisis management, therapeutic foster care and more.

“Nova is going to help us bring awareness to our array of therapeutic services,” Pulliam says.

For four years, Nova fostered a brother and sister – ages four and three – in her home.

“Being a therapeutic foster parent requires that you cater to the physical, emotional and social needs of children and youth. I loved being a foster parent because it made a big difference in the lives of those two children,” she says. “The organization I worked with also helped to rehabilitate the parents by offering parenting classes, so ultimately, the family was reunited.”

Kopp plans to focus on working to spread information about just how devastating domestic violence can be while she pursues the title of Mrs. United States.

About Hillside:
Since its beginning in 1888, Hillside’s mission has been to care for children and families in need. Its programs focus on the strengths of the kids and encourages the growth and improvement they need to become future self-sustaining citizens. Hillside relies on generous philanthropic support from individuals, families, corporations and foundations.

The premier contest of its kind, judges of the Mrs. United States National Pageant believe that women should be recognized for their ability to integrate intellect and beauty.

For more information about the pageant, visit: http://www.mrsunitedstates.com/. 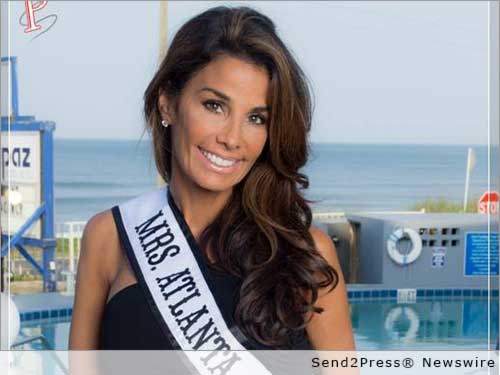 NEWS ARCHIVE NOTE: this archival news content, issued by the news source via Send2Press Newswire, was originally located in the Send2Press® 2004-2015 2.0 news platform and has been permanently converted/moved (and redirected) into our 3.0 platform. Also note the story “reads” counter (bottom of page) does not include any data prior to Oct. 30, 2016. This press release was originally published/issued: Thu, 11 Jun 2015 14:38:10 +0000

View More Advertising and Marketing News
"I'll be working with Hillside, a non-profit organization that offers a continuum of care for children, adolescents and their families," Kopp says.

ABOUT THE NEWS SOURCE:
Nova Kopp

LEGAL NOTICE AND TERMS OF USE: The content of the above press release was provided by the “news source” Nova Kopp or authorized agency, who is solely responsible for its accuracy. Send2Press® is the originating wire service for this story and content is Copr. © Nova Kopp with newswire version Copr. © 2015 Send2Press (a service of Neotrope). All trademarks acknowledged. Information is believed accurate, as provided by news source or authorized agency, however is not guaranteed, and you assume all risk for use of any information found herein/hereupon.