"Each year we are excited to share the stories of our amazing honorees and speakers. We hope they will inspire everyone to join us in making inclusion the expectation and not the exception," says Jerry Aiken, Executive Director.

RALEIGH, N.C., June 3, 2015 (SEND2PRESS NEWSWIRE) — Supporters and friends of the National Inclusion Project are invited to be a part of an amazing night of celebrating the heroes in our lives and the Superheroes we aspire to be. The annual Champions Gala will be held September 26 with proceeds going to ensure that children with and without disabilities can play, learn and laugh TOGETHER. Co-founder Clay Aiken will perform, and Justin LeBlanc, Season 12 “Project Runway” Finalist, will speak.

This year’s theme is “Circle of Heroes” celebrating the families, partners, volunteers and supporters that make the inclusion of children with disabilities possible. The event will be held at the Marriott City Center in Raleigh, N.C.

The Champions Gala will include many of Raleigh’s own hometown heroes – National Inclusion Project co-founder Clay Aiken, guest speaker Justin LeBlanc from Project Runway and emcee Lynda Loveland from WRAL. Honorees this year include Procter & Gamble for their commitment to the inclusion of people with disabilities in the workplace and Marlana Vanhoose for not letting her blindness and cerebral palsy get in the way of her dreams to inspire others with her voice. Additional honorees will be announced at a later date.

“Each year we are excited to share the stories of our amazing honorees and speakers. We hope they will inspire everyone to join us in making inclusion the expectation and not the exception,” says Jerry Aiken, Executive Director.

Tickets go on sale for the National Inclusion Project’s Champions Gala for platinum and gold levels starting on June 18, 2015 at 12 noon EDT and for silver level on June 23 at 12 noon EDT. To order tickets, go to: http://www.inclusionproject.org/gala.

About the National Inclusion Project:
The National Inclusion Project was co-founded in 2003 by entertainer Clay Aiken and serves to bridge the gap that exists between young people with disabilities and the world around them. By driving the movement for social inclusion in after school programs, summer camps, and community based activities, children of all abilities learn, play and laugh together. Over the last twelve years, the Project has provided training, curriculum, and support to YMCAs, JCCs, Boys & Girls Clubs, 4H, CampFire USA, Kids Museums, Zoos and other community organizations looking to become inclusive or enhance their inclusive programs.

For more information on the National Inclusion Project and to help ensure no child sits on the sidelines, visit their website at http://www.inclusionproject.org/. 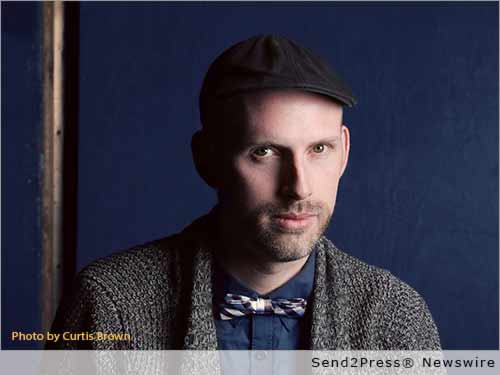 NEWS ARCHIVE NOTE: this archival news content, issued by the news source via Send2Press Newswire, was originally located in the Send2Press® 2004-2015 2.0 news platform and has been permanently converted/moved (and redirected) into our 3.0 platform. Also note the story “reads” counter (bottom of page) does not include any data prior to Oct. 30, 2016. This press release was originally published/issued: Wed, 03 Jun 2015 13:53:38 +0000

View More Entertainment News
"Each year we are excited to share the stories of our amazing honorees and speakers. We hope they will inspire everyone to join us in making inclusion the expectation and not the exception," says Jerry Aiken, Executive Director.

LEGAL NOTICE AND TERMS OF USE: The content of the above press release was provided by the “news source” National Inclusion Project or authorized agency, who is solely responsible for its accuracy. Send2Press® is the originating wire service for this story and content is Copr. © National Inclusion Project with newswire version Copr. © 2015 Send2Press (a service of Neotrope). All trademarks acknowledged. Information is believed accurate, as provided by news source or authorized agency, however is not guaranteed, and you assume all risk for use of any information found herein/hereupon.