Native Richmonder, Bestselling Author to Bring ‘Shrinking Piano’ and ‘The Contrary’ to Virginia

Cline will kick off his book event tour with a guest appearance on “Good Morning Richmond” on ABC affiliate, WRIC TV 8 at 9 a.m. on Tuesday, October 13 and will be featured author for the Main Writers Group Fundraiser Lunch at noon on that day at The Richmond Public Main Library located at 101 East Franklin Street in downtown Richmond. Award-winning guest journalist, Chris Dovi of WRIR will be moderating the free event.

Thornton Cline has been honored with “Songwriter of the Year” twice in a row for his hit song, “Love Is the Reason” recorded by Engelbert Humperdinck and Gloria Gaynor. He is a graduate of Virginia Commonwealth University in Richmond. Cline resides in Nashville with his wife and children. 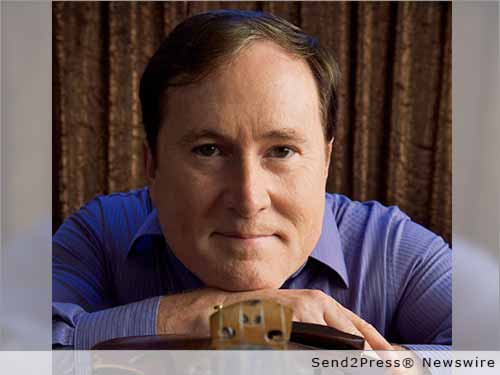 NEWS ARCHIVE NOTE: this archival news content, issued by the news source via Send2Press Newswire, was originally located in the Send2Press® 2004-2015 2.0 news platform and has been permanently converted/moved (and redirected) into our 3.0 platform. Also note the story “reads” counter (bottom of page) does not include any data prior to Oct. 30, 2016. This press release was originally published/issued: Mon, 05 Oct 2015 13:52:51 +0000

ABOUT THE NEWS SOURCE:
Thornton Cline

LEGAL NOTICE AND TERMS OF USE: The content of the above press release was provided by the “news source” Thornton Cline or authorized agency, who is solely responsible for its accuracy. Send2Press® is the originating wire service for this story and content is Copr. © Thornton Cline with newswire version Copr. © 2015 Send2Press (a service of Neotrope). All trademarks acknowledged. Information is believed accurate, as provided by news source or authorized agency, however is not guaranteed, and you assume all risk for use of any information found herein/hereupon.