Stephenson acknowledges, "I am humbled, yet emboldened by these television bookings as I start this New Year. As an actor, model and musician, a lot of people compare me to Prince early in his career."

ATLANTA, Ga., Jan. 7, 2015 (SEND2PRESS NEWSWIRE) — Music, modeling and acting are among the top three career goals for many in the entertainment field, but it is a well known fact that only a small percentage actually make any real headway in all three pursuits. Up and comer Drew Stephenson will not tell you that he is different, but he will show you with his persistence, determination and dedication.

So much so that the young actor just stepped off the USA Network’s newest television drama, “Complications,” and is now celebrating landing a recurring role on one of television’s top suspense series, “Vampire Diaries,” on The CW. Stephenson will play Collin, an integral character to the show’s plot, on two consecutive shows, starting January 22, 2015.

A second generation Jamaican, Stephenson was born in Brooklyn and currently resides in Atlanta. The handsome young looker initially got his start in the business eight years ago as a fashion model, booking gigs like the Sean John anniversary fashion show and print ads for Ashley Furniture, Belk, and Wingate.

His resourcefulness and strong work ethics have inspired him to travel internationally to Europe and Jamaica with a goal of broadening his horizons. His modeling agent recognized his resolve and savvy and helped him secure an acting agent almost three years ago. Stephenson then honed his skills and technique with lessons and workshops to better position himself in auditions.

A talented musician as well, Stephenson plays the trumpet, piano, french horn, and tuba. With passion as his ultimate propellant, Stephenson acknowledges, “I am humbled, yet emboldened by these television bookings as I start this New Year. As an actor, model and musician, a lot of people compare me to Prince early in his career.”

“They always ask me what can’t I do. I simply reply that with God by my side, there is nothing I can’t do. I realize I have an opportunity and obligation to immerse the audience in my world be it acting, music or modeling even. Through my work, I totally envision myself as a humanitarian at heart, using art as a vehicle to heal,” offers Stephenson.

Stephenson’s career is destined to ascend. His long-term goals include directing and scoring his own projects. In the interim, audiences have a chance to see this future star grow and glow as he lights up the screen and continues to forge his path to success! Follow him at http://www.itsdrewstephenson.com/. 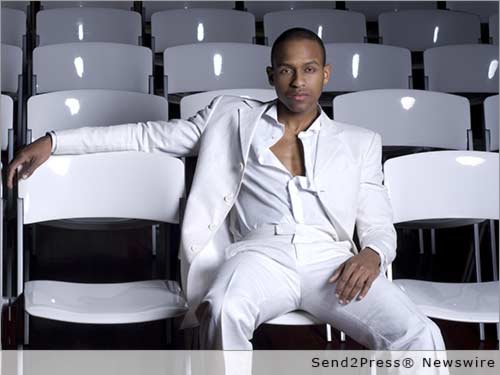 NEWS ARCHIVE NOTE: this archival news content, issued by the news source via Send2Press Newswire, was originally located in the Send2Press® 2004-2015 2.0 news platform and has been permanently converted/moved (and redirected) into our 3.0 platform. Also note the story “reads” counter (bottom of page) does not include any data prior to Oct. 30, 2016. This press release was originally published/issued: Wed, 07 Jan 2015 07:00:02 +0000

View More Acting and Modeling News
Stephenson acknowledges, "I am humbled, yet emboldened by these television bookings as I start this New Year. As an actor, model and musician, a lot of people compare me to Prince early in his career."

ABOUT THE NEWS SOURCE:
Drew Stephenson

LEGAL NOTICE AND TERMS OF USE: The content of the above press release was provided by the “news source” Drew Stephenson or authorized agency, who is solely responsible for its accuracy. Send2Press® is the originating wire service for this story and content is Copr. © Drew Stephenson with newswire version Copr. © 2015 Send2Press (a service of Neotrope). All trademarks acknowledged. Information is believed accurate, as provided by news source or authorized agency, however is not guaranteed, and you assume all risk for use of any information found herein/hereupon.