"We are very excited about what we are able to offer our students," says Audine Dieter, school board chair. "With the new high-tech learning environment and Bible-based back-to-basics approach, we expect some amazing results."

BISBEE, Ariz., April 7, 2016 (SEND2PRESS NEWSWIRE) — A new K-8 school has officially opened its doors in Bisbee after what school officials describe as a miraculous launch. Cochise SDA Christian School, a member of the Adventist Education network with over 7,200 schools worldwide serving more than 1.5 million students, is now enrolling for the 2016-2017 school year with plans to fill its new building scheduled for completion by early May.

Promoted as “The Miracle School” because of the breakneck speed at which it was developed, the school offers what it calls “An Education for Life” – an approach designed to help students develop characters that will enable them to live better lives and to be of service to the community.

According to school officials, the effort started with a small group of select students in a temporary facility and then grew quickly. “Even before classes began with our pioneer group, we witnessed a development effort unlike anything I have seen before,” says Arnie Suntag, school spokesperson. He went on to say that church members provided funds to purchase land and a modular building and that desks and textbooks were donated by a school that had closed.

“Now our school has a quarter million dollar construction project nearing completion, all of our students have received scholarships, shuttle buses have been donated to support our proposed transportation network, and we expect to double or triple our enrollment next year. All of this happened in the space of less than a year,” says Suntag.

The school’s rapid growth has surprised many in a community that has changed little in decades. “The amazing thing is that this school was hardly a gleam in anyone’s eye last April,” says Suntag. “Within just a three-week span after deciding to move forward with it, we already had 20 students enrolled. Although one family moved and another had to wait until next year to attend, we were stunned by the fact that they wanted to enroll in our school before it even existed on paper. If we had accepted kindergarten and first grade at that time, we would have had about 30 students right off the bat.”

The school plans to offer what it describes as unique programs for its students next year. In addition to an agriculture program and proposed television ministry, there will be classes such as food preparation in which students will learn how to harvest what they grow and use it to prepare meals. Through a grant program, students will learn how to communicate with and assist older adults in the community while at the same time earning funds toward their tuition.

“We are very excited about what we are able to offer our students,” says Audine Dieter, school board chair. “With the new high-tech learning environment and Bible-based back-to-basics approach, we expect some amazing results,” says Dieter.

Cochise SDA Christian School is open to all Cochise County residents. More information including scholarship applications and online enrollment can be found on the school’s website at http://www.cochisesda.org/ or by calling (520) 432-0310. 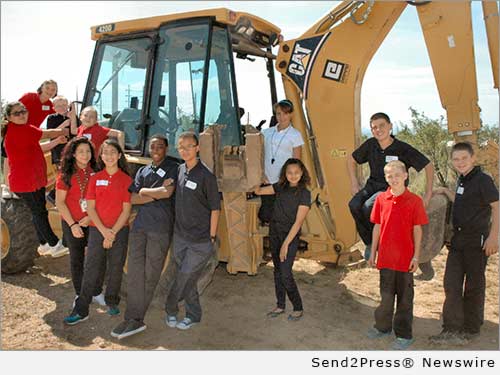 NEWS ARCHIVE NOTE: this archival news content, issued by the news source via Send2Press Newswire, was originally located in the Send2Press® 2004-2015 2.0 news platform and has been permanently converted/moved (and redirected) into our 3.0 platform. Also note the story “reads” counter (bottom of page) does not include any data prior to Oct. 30, 2016. This press release was originally published/issued: Thu, 07 Apr 2016 14:38:57 +0000

View More Arizona Business News
"We are very excited about what we are able to offer our students," says Audine Dieter, school board chair. "With the new high-tech learning environment and Bible-based back-to-basics approach, we expect some amazing results."

LEGAL NOTICE AND TERMS OF USE: The content of the above press release was provided by the “news source” Cochise SDA Christian School or authorized agency, who is solely responsible for its accuracy. Send2Press® is the originating wire service for this story and content is Copr. © Cochise SDA Christian School with newswire version Copr. © 2016 Send2Press (a service of Neotrope). All trademarks acknowledged. Information is believed accurate, as provided by news source or authorized agency, however is not guaranteed, and you assume all risk for use of any information found herein/hereupon.