"Cholesterol levels probably won't matter," says Dr. Weisenthal, "at the end of the day the most important cause of arterial blockage may be the presence or absence of circulating MCED factors."

HUNTINGTON BEACH, Calif., July 21, 2014 (SEND2PRESS NEWSWIRE) — Larry Weisenthal, M.D., Ph.D., today announced new findings that unravel mysteries about the root cause of atherosclerosis – the narrowing of blood vessels that leads to heart attack and stroke. It is a big step toward developing drugs, possibly in the very near future, that prevent the most common forms of heart disease.

Larry Weisenthal, M.D., Ph.D., is a physician and researcher. He has discovered a previously unknown biological mechanism that accounts for vascular calcification – hardening of the arteries. Dr. Weisenthal has named the new mechanism MCED (pronounced EM-sed). It stands for Massively Calcified Endosome Death. By targeting MCED with new drugs, he feels it should be possible to stop vascular calcification from occurring, even among individuals with high cholesterol.

“Cholesterol levels probably won’t matter,” says Dr. Weisenthal, “at the end of the day the most important cause of arterial blockage may be the presence or absence of circulating MCED factors.”

According to the report, Dr. Weisenthal has discovered that, under some circumstances, artery-forming cells, called endothelial cells, die in a special way that involves release of highly calcified micro-particles. These escape from dying endothelial cells and trigger the body’s normal immune response. This causes inflammation within the blood vessel and narrows the opening through which blood flows.

Scientists understand that arteries do not literally become clogged with fat, like sludge in an old sewer pipe. Instead, the wall of the artery undergoes an apparent thickening as part of an inflammatory process. But what causes the inflammation to occur? That is exactly the mystery Dr. Weisenthal has unraveled. He contends that MCED is the cause of arterial inflammation.

Until now, no theory fully explained the perplexing mysteries of heart disease. Why do some people who eat all the “wrong” foods live long, healthy lives while other people whose diets appear ideal have heart problems? Why do some people with sky-high cholesterol counts have squeaky-clean arteries while other people, with “good” cholesterol levels, suffer narrowing of the arteries, heart attack, and stroke? Clearly, cholesterol seems to be a factor but, just as clearly, it is not the most important factor.

According to Dr. Weisenthal, MCED explains everything.

Dr. Weisenthal’s laboratory experiments have shown that certain chemicals such as cholesterol can indeed cause MCED to occur – but not in everyone. Dr. Weisenthal has shown that blood drawn from different persons varies widely in the ability to prevent MCED from occurring. He says this probably is due to substances – called factors – that are contained in the blood.

Dr. Weisenthal believes it will be possible to isolate MCED-inhibiting factors in the blood and then develop drugs that mimic them. Conceivably, persons at risk for atherosclerosis could be identified through a simple blood test. Such persons would then receive a daily pill to inhibit MCED and prevent the narrowing of arteries.

“That’s the importance of this work,” says Dr. Weisenthal, “It answers the most important questions relating to the genesis of atherosclerosis and identifies the target for specific drugs to prevent and treat it.”

Importantly, only endothelial cells are subject to this particular form of cell death. No other cell Dr. Weisenthal has tested can be made to die in exactly this way. This is additional, strong support for his theory.

The discovery itself and the story behind it are featured at this web address: http://vasocell.com/.

There is also Facebook page called “MCED Vasocell” at: https://www.facebook.com/vasocell.

About Dr. Larry Weisenthal:
Dr. Larry Weisenthal, M.D., Ph.D. is board-certified in medical oncology and internal medicine. He also holds a Ph.D. degree in Pharmacology Research. Dr. Weisenthal owns a laboratory-based medical practice in which he personalizes chemotherapy treatments for individual cancer patients using a test he developed that shows how each patient’s living cancer cells respond when exposed in the laboratory to a broad range of chemotherapy drugs. His laboratory website is http://weisenthalcancer.com/. Dr. Weisenthal is also a researcher, author, lecturer, and Associate Clinical Professor of Medicine at the University of California Irvine. 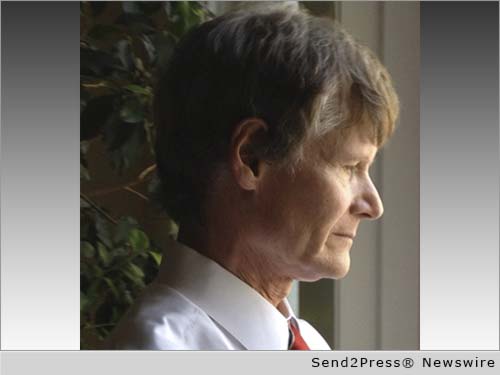 Alternate Headline: New medical research posits that persons at risk for atherosclerosis could be identified through a simple blood test

NEWS ARCHIVE NOTE: this archival news content, issued by the news source via Send2Press Newswire, was originally located in the Send2Press® 2004-2015 2.0 news platform and has been permanently converted/moved (and redirected) into our 3.0 platform. Also note the story “reads” counter (bottom of page) does not include any data prior to Oct. 30, 2016. This press release was originally published/issued: Mon, 21 Jul 2014 13:57:07 +0000

View More California Business News
"Cholesterol levels probably won't matter," says Dr. Weisenthal, "at the end of the day the most important cause of arterial blockage may be the presence or absence of circulating MCED factors."

ABOUT THE NEWS SOURCE:
Larry Weisenthal

LEGAL NOTICE AND TERMS OF USE: The content of the above press release was provided by the “news source” Larry Weisenthal or authorized agency, who is solely responsible for its accuracy. Send2Press® is the originating wire service for this story and content is Copr. © Larry Weisenthal with newswire version Copr. © 2014 Send2Press (a service of Neotrope). All trademarks acknowledged. Information is believed accurate, as provided by news source or authorized agency, however is not guaranteed, and you assume all risk for use of any information found herein/hereupon.