"Life as we know it is going to change significantly between now and mid-century," says FBB Committee Chair Sarah Mendel. "It's useful to start thinking about these issues now, so that we can anticipate new solutions and guide them carefully."

LOS ANGELES, Calif., June 21, 2013 (SEND2PRESS NEWSWIRE) — In the wake of the recent Global Future 2045 Conference in New York City, which explored the possibility of eventual human immortality through the development of “avatars,” or robotic copies of human bodies into which intelligence and personality have been transplanted, a consortium of researchers has announced two prizes intended to inspire further exploration in these areas. The Harvard World Mind Network, Friends Beyond Borders, BatangasVarsitarian.net and the Futures Project will present the inaugural Joy Awards at the end of 2014.

Two prizes will be awarded: one for research into computer-based simulation of brain functioning, and the other for work in the repair and preservation of actual biological human brains leading to increased life spans.

In addition, committees are being set up at Harvard, Oxford, the Freie Universitat of Berlin, Tsinghua University and elsewhere to explore the apparently inevitable coalescing of computers and brains later in this century, and the possible implications, both good and bad, of these developments.

Advances in computer technology are racing towards a day when consciousness itself — the one thing that seemingly differentiates humans and other animals from all other phenomena in the universe — may be replicable electronically. Moore’s Law states that computing power doubles every 24 months, a result that has remained remarkably constant since the 1950’s. At some point computers will “catch up” with brains, at least in terms of processing power.

Meanwhile, advances in Neuroscience are moving quickly towards the capability to preserve human brains indefinitely using either chemical or cryogenic methods.

What all this means is that something approaching immortality may appear later in this century. This will have enormous implications for government, business, the environment, and even spirituality. “Life as we know it is going to change significantly between now and mid-century,” says FBB Committee Chair Sarah Mendel. “It’s useful to start thinking about these issues now, so that we can anticipate new solutions and guide them carefully.” 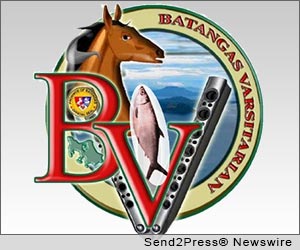 NEWS ARCHIVE NOTE: this archival news content, issued by the news source via Send2Press Newswire, was originally located in the Send2Press® 2004-2015 2.0 news platform and has been permanently converted/moved (and redirected) into our 3.0 platform. Also note the story “reads” counter (bottom of page) does not include any data prior to Oct. 30, 2016. This press release was originally published/issued: Fri, 21 Jun 2013 16:59:22 +0000

View More Biometrics and Bioware News
"Life as we know it is going to change significantly between now and mid-century," says FBB Committee Chair Sarah Mendel. "It's useful to start thinking about these issues now, so that we can anticipate new solutions and guide them carefully."