"I was amazed when I realized there were so few African American agents working in Atlanta. The talent pool here was looking largely to Hollywood for representation. With aggressive mentorship from the agency, Smith and I are determined to change that. We are committed to our clients and recognize that we are the eyes and ears for our actors in terms of actual work and bookings," explains Young.

ATLANTA, Ga., Feb. 9, 2015 (SEND2PRESS NEWSWIRE) — With its fiery hip hop music scene, Tyler Perry’s production studio and its preponderance of reality shows, Atlanta has been heralded as the new Black Hollywood. Cradled within this number two market for film production are two gentlemen working diligently behind the scenes, quietly positioning themselves as the market’s newcomers for representing talent. Talent agents Christopher Young and Tay Smith are noticeably the hardest working, African American TV/film agents in the entire southeast area. A dynamic duo, working under the banner of the J Pervis Talent Agency, Smith and Young have created a vortex of synergy that is fueling theatrical bookings with new flair and fresh faces. The agents are celebrating Black History Month with a mission to continue to further the brand of the agency.

As a team, both Smith and Young come from backgrounds steeped in creative management, insightful career directing and incredible music production. A Trenton, N.J. native, Christopher Young is an industry veteran with two decades under his belt. He is credited with discovering and developing Grammy Award winning artist, Johnta’ Austin as well as mega producer Garrett Hamler, better known as Sean Garrett. Johnta’ Austin has written songs for Mariah Carey, Mary J Blige and Aaliyah, while Garrett is famed for producing more than fifteen number one singles in the first seven years of his start at producing music. Young has served as general manager for NBA star Tyrone Hill’s All Net Records, and was product manager and A&R executive at Pastor Creflo and Taffi Dollar’s Arrow Records. Young held his own as the head of his Tricycle Records label and his management firm, Triple Threat Management.

Tay Smith founded and headed his own music production company, Yungsta Entertainment based in North Carolina. As a young teen he ran a staff of producers, artists and writers. Quickly gaining traction with lead recording artist T-LyriQ, Tay’s Yungsta Entertainment became the talk of the city, positioning him as the “P-Diddy” of his town. Upon taking a trip to uncover the booming music scene of Atlanta GA, Smith kept hearing about Young and his legend. Making it his goal to meet Young, he finally tracked him down and established a mentor/business advisor relationship. The business arrangement proved fruitful and lead to deeper inroads in the music world.

In 2012, the two decided to make a change and move into television and film. They were extended an opportunity to join the team of Joy Pervis and Jayme Pervis at the J Pervis Talent Agency in 2013. In less than a year, Smith and Young have branded their savvy and style for signing talent. New signings have included actor Columbus Short (“Scandal”), WWE wrestler, David Otunga, hip hop artist/actor Zane “Lil Zane” Copeland, T.I.’s son Messiah Harris and “R&B Divas” reality star LaTavia Roberson.

“I was amazed when I realized there were so few African American agents working in Atlanta. The talent pool here was looking largely to Hollywood for representation. With aggressive mentorship from the agency, Smith and I are determined to change that. We are committed to our clients and recognize that we are the eyes and ears for our actors in terms of actual work and bookings,” explains Young.

“Per our music business accomplishments, Chris and I look forward to making colossal waves in television and film. With so much production now taking place in the South, it only makes sense to be able to provide talent with expanded choices for representation here at J Pervis,” adds Smith.

“As talent agents, our team takes a unique approach toward working with the clients. We look beyond just booking work to actually honing and crafting careers,” adds Young. “Tay and I have years of experience working closely with talent on the management side, so we understand the needs and concerns of our clients. We work with them as a team to create career longevity and brand building, offering advice, counsel and our expert insight on matters.”

Tay Smith and Chris Young may be reached at the J Pervis Talent Agency at chris@jpervistalent.com and tay@jpervistalent.com. Be sure to follow the pair at Twitter and Instagram: Chris is @ceomgmt and Tay is @taysmithent. 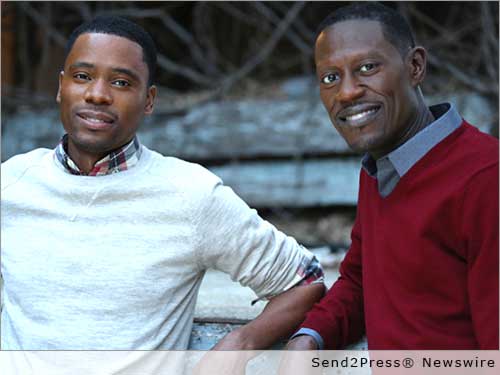 NEWS ARCHIVE NOTE: this archival news content, issued by the news source via Send2Press Newswire, was originally located in the Send2Press® 2004-2015 2.0 news platform and has been permanently converted/moved (and redirected) into our 3.0 platform. Also note the story “reads” counter (bottom of page) does not include any data prior to Oct. 30, 2016. This press release was originally published/issued: Mon, 09 Feb 2015 18:59:17 +0000

View More African American Interest News
"I was amazed when I realized there were so few African American agents working in Atlanta. The talent pool here was looking largely to Hollywood for representation. With aggressive mentorship from the agency, Smith and I are determined to change that. We are committed to our clients and recognize that we are the eyes and ears for our actors in terms of actual work and bookings," explains Young.

LEGAL NOTICE AND TERMS OF USE: The content of the above press release was provided by the “news source” J Pervis Talent Agency or authorized agency, who is solely responsible for its accuracy. Send2Press® is the originating wire service for this story and content is Copr. © J Pervis Talent Agency with newswire version Copr. © 2015 Send2Press (a service of Neotrope). All trademarks acknowledged. Information is believed accurate, as provided by news source or authorized agency, however is not guaranteed, and you assume all risk for use of any information found herein/hereupon.