"The intention of this positive album is to inspire self-love and self-kindness from within," says Luftenegger.

LOS ANGELES, Calif., Dec. 10, 2015 (SEND2PRESS NEWSWIRE) — Multi award-winning singer/songwriter/composer Paul Luftenegger and New York Times best-selling author Anita Moorjani, whose hugely successful book “Dying to be Me” chronicles her struggle with cancer and her near death experience with heaven (over one million copies sold, translated into 47 languages), are jointly releasing an album to inspire self-love.

Moorjani’s book was optioned by acclaimed director Ridley Scott to make a full-length feature film (February 2015). The author and musician are making history by fusing self-help/non-fiction literature with music with the release of an international album entitled “The Miracle of You.” It will be available worldwide for digital-download on CD Baby on December 12, 2015 and iTunes, and Amazon soon after.

“The intention of this positive album is to inspire self-love and self-kindness from within,” says Luftenegger.

The music on their album was inspired by Moorjani’s book featuring Canadian solo violinist Natalia Zielinski who’s worked with David Foster and Josh Groban. The album was recorded in Toronto Canada and produced by Arun Chaturvedi, best known for his work with Luke McMaster and for creating music for the hit show “Keeping Up with The Kardashians.”

This is Luftenegger’s fifth international album. He has gained global recognition for his love-music inspiring self-kindness. His primary call to action is to help self-worth after he experienced the tragic loss of his father by suicide in 2011. Luftenegger says, “Music is an infinite love-battery capable of opening the heart from within.” 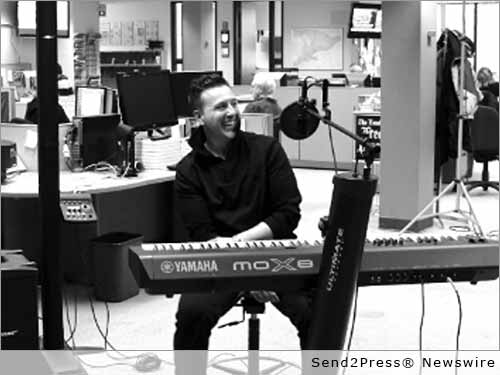 Fans include celebrities, best-selling authors, royalty, and politicians — and Luftenegger’s music efforts have been featured on radio around the world. His family-friendly music is gaining popularity with thought-leaders including Oprah Winfrey who said, “Thank you for the CD’s lovely, lovely, lovely. You bring great solace, peace, comfort and joy!” – Winfrey’s message was left on a fan’s voicemail thanking both Paul and his fan who helped get his music to Oprah at her Hawaiian estate earlier this year.

New York Times best-selling author Dr. Christiane Northrup has shared Paul’s music with her fans and professor/priest and New York Times best-selling author Barbara Brown Taylor (who has taught at Georgia’s Piedmont College and lectured at Yale & Princeton who was placed on “Time Magazine’s” annual list of most influential people in the world) said this about Luftenegger’s song/video, “Universal Love” – “The video’s lovely, Paul, as is the music. Thanks for sharing it, and for doing your part to soften the heart of the world.”

Fox’s – “So You Think You Can Dance,” Tango Choreographer, Miriam Larici thanked Paul for his music after hearing his song, “My Heart” – “We heard your masterpiece 200 times already!”

Audition tracks from album “Miracle of You” and purchase on CD Baby at: http://www.cdbaby.com/cd/anitamoorjani. 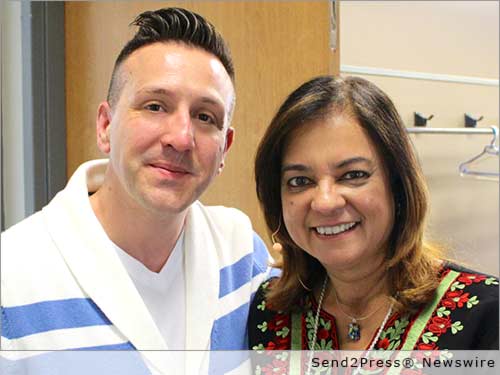 NEWS ARCHIVE NOTE: this archival news content, issued by the news source via Send2Press Newswire, was originally located in the Send2Press® 2004-2015 2.0 news platform and has been permanently converted/moved (and redirected) into our 3.0 platform. Also note the story “reads” counter (bottom of page) does not include any data prior to Oct. 30, 2016. This press release was originally published/issued: Thu, 10 Dec 2015 07:00:15 +0000

The Miracle of You

View More Books and Publishing News
"The intention of this positive album is to inspire self-love and self-kindness from within," says Luftenegger.

ABOUT THE NEWS SOURCE:
Paul Luftenegger

LEGAL NOTICE AND TERMS OF USE: The content of the above press release was provided by the “news source” Paul Luftenegger or authorized agency, who is solely responsible for its accuracy. Send2Press® is the originating wire service for this story and content is Copr. © Paul Luftenegger with newswire version Copr. © 2015 Send2Press (a service of Neotrope). All trademarks acknowledged. Information is believed accurate, as provided by news source or authorized agency, however is not guaranteed, and you assume all risk for use of any information found herein/hereupon.