Send2Press › Wire › Government › Defense and Military › Ohio Educator and Veteran to Speak in D.C. for Troops to Teachers

Ohio Educator and Veteran to Speak in D.C. for Troops to Teachers

DAYTON, Ohio, Jan. 28, 2013 (SEND2PRESS NEWSWIRE) — Eric Combs, Assistant Principal in Fairborn City Schools, will be headed to Washington D.C. this week to participate in the Troops to Teachers: Next Generation Planning Conference.

A retired veteran, teacher and now administrator, Eric was a successful participant of the Troops to Teachers program and will be asked to speak on the benefits of hiring veterans to serve in our nation’s schools.

He will be bringing his unique background as an Adjunct Faculty member at Wright State University and Antioch University Midwest and as a celebrated educator (2006 Ohio Teacher of the Year, Director and Curriculum Developer for the Center of Teacher Effectiveness) to the table with delegates from higher education, the Department of Defense and several private businesses.

They will be deciding on the vision and future of this program that assists veterans in becoming certified teachers in high need areas and subjects. Since 1993, Troops to Teachers has placed over 18,000 veterans in classrooms of which, 75 percent remain in the classroom or in education as counselors or principals after 5 years (46 percent of teachers leave the career field within the first five years; Forbes March 8, 2011).

The main goal of this conference is to explore the possibility of becoming a private-public model to help sustainability in a time when many veterans are expected to be returning to civilian life in the next five to ten years.

Mr. Combs will be speaking on the attributes and experiences veterans bring to education and how the program can help to efficiently and effectively help military members continue to serve in our nations’ classrooms. 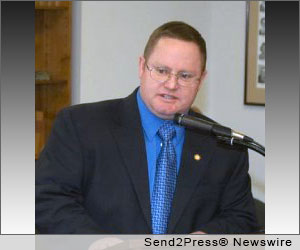 Alternate Headline: Ohio Educator and Veteran Eric Combs to Speak in D.C. for ‘Troops to Teachers’

NEWS ARCHIVE NOTE: this archival news content, issued by the news source via Send2Press Newswire, was originally located in the Send2Press® 2004-2015 2.0 news platform and has been permanently converted/moved (and redirected) into our 3.0 platform. Also note the story “reads” counter (bottom of page) does not include any data prior to Oct. 30, 2016. This press release was originally published/issued: Mon, 28 Jan 2013 12:50:00 +0000

ABOUT THE NEWS SOURCE:
Eric Combs

LEGAL NOTICE AND TERMS OF USE: The content of the above press release was provided by the “news source” Eric Combs or authorized agency, who is solely responsible for its accuracy. Send2Press® is the originating wire service for this story and content is Copr. © Eric Combs with newswire version Copr. © 2013 Send2Press (a service of Neotrope). All trademarks acknowledged. Information is believed accurate, as provided by news source or authorized agency, however is not guaranteed, and you assume all risk for use of any information found herein/hereupon.