Papalinos spokesperson Luke Blackburn said, "We love being in the highlands and want to continue to make the best pizza for our faithful followers."

LOUISVILLE, Ky., Sept. 26, 2014 (SEND2PRESS NEWSWIRE) — Today, Papalinos Italian Pub, voted Best Pizza in Louisville by Louisville Magazine readers, announces it is looking for a new home in the Highlands for its Baxter Ave. location. The Papalinos Baxter Avenue restaurant was the launch site for the brand and has a strong following from the Louisville Highlands community.

Papalinos wants to enhance their brand and menu offering and experience, and will be closing the Baxter location operations on Friday September, 26, 2014.

On the restaurant closing and search, Papalinos spokesperson Luke Blackburn said, “We love being in the highlands and want to continue to make the best pizza for our faithful followers. And while Baxter Ave. was our beginning, the site has experienced difficulties and is not the best for our new format in line with our new Italian Pub concept. We know it will be an inconvenient gap as we relocate and re-build, but we are confident that a new home will carry on our great Papalinos Pizza experience and then some.”

The new Papalinos Italian Pub restaurant concept, one of which is located in Springhurst in Louisville’s east end, includes a full bar featuring special Italian cocktails, a variety of Italian regional wines, extended menu items from Italian-inspired pastas and salads to fresh made desserts, and of course their signature Papalinos pizza.

“We don’t want to mess with what makes us a favorite, but we know we can do so much more with the brand in the right location,” says Blackburn.

Papalinos focuses on using only the highest quality, farm fresh ingredients available and is unique in that all ingredients of the pizza are fresh and never frozen. Papalinos has been voted the “Best Pizza in Louisville” every year since it has opened. Papalinos can be found on the web at http://Papalinos.com – or on Facebook at Papalinos Pizza, and followed on Twitter @PapalinosPizza. 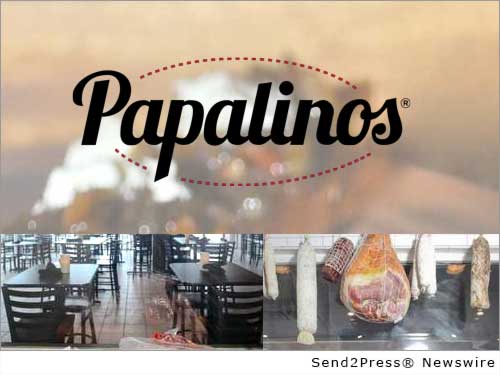 NEWS ARCHIVE NOTE: this archival news content, issued by the news source via Send2Press Newswire, was originally located in the Send2Press® 2004-2015 2.0 news platform and has been permanently converted/moved (and redirected) into our 3.0 platform. Also note the story “reads” counter (bottom of page) does not include any data prior to Oct. 30, 2016. This press release was originally published/issued: Fri, 26 Sep 2014 18:20:15 +0000

View More Business News
Papalinos spokesperson Luke Blackburn said, "We love being in the highlands and want to continue to make the best pizza for our faithful followers."

LEGAL NOTICE AND TERMS OF USE: The content of the above press release was provided by the “news source” Papalinos Italian Pub or authorized agency, who is solely responsible for its accuracy. Send2Press® is the originating wire service for this story and content is Copr. © Papalinos Italian Pub with newswire version Copr. © 2014 Send2Press (a service of Neotrope). All trademarks acknowledged. Information is believed accurate, as provided by news source or authorized agency, however is not guaranteed, and you assume all risk for use of any information found herein/hereupon.