DALLAS, Texas, Oct. 14, 2014 (SEND2PRESS NEWSWIRE) — The Patricia Hope Story on Kickstarter.com: Patricia Hope admits, “I am the only woman in the world unlawfully wanted and arrested by the FBI, unlawfully prosecuted by the State of Texas two different times, resulting with Not Guilty Verdicts.” See 8 film excerpts, 1-5 minutes, in link below. A very loving mother and her innocent child: her precious family destroyed by some alleged corrupt Texas judges who allegedly unlawfully issued death sentences.

Obstruction of justice; official oppression; abuse of power; conspiracy; covering up the alleged abuse of Patricia Hope’s precious daughter. This is legally documented!

The FBI reports about 97 percent of abused children nationally reported to the legal system are not protected. Exposure to violence is a national crisis that affects approximately two out of every three children. Of 76 million children currently residing in the United States, an estimated 46 million can expect their lives touched by violence, crime, abuse, and psychological trauma this year.

A parental education gap exists concerning ethical court room procedures of abused children. When protective parents know what to expect in court systems, children can receive the help they need. This story fills this gap.

2 million+ U.S. cases are evidence of loving mothers who lost their children through alleged unlawful actions of judges. Anticipate a time to celebrate an impassioned, strong willed, driven woman succeeding in environments surrounded with alleged victimization and hopelessness, taking on big risks and challenges.

The film is intended to change how victims are looked upon, inspiring the next generation of female and male leaders by showing them what it looks like when one draws on their inner strengths and performs with courage in action. We believe in MOMENTUS POWER seeing victims becoming victorious as leaders in their communities – living with productivity the rest of their lives.

About The Patricia Hope Story:

Original 1:50+ documentary received Copyright in 1999, but it was shelved; friends stated 45 minutes need replacing. People go to the movies for entertainment. Updates needed: exciting, entertaining and engaging scenes to balance the rest of the sad and unfortunate story. Newly proposed scenes flow into Patricia’s true life story. Updated scenes are scheduled to film early 2015, with intentions of submitting final film to Sundance Film Festival May 2015, for 2016 Festival.

Seeking $200,000 in funding to complete this Kickstarter project.

Names have been changed in the film, except Patricia’s, protecting the identity of those involved. Feel free to share this project with your family, friends and colleagues. 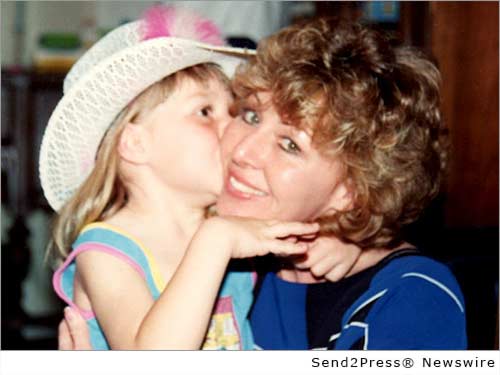 NEWS ARCHIVE NOTE: this archival news content, issued by the news source via Send2Press Newswire, was originally located in the Send2Press® 2004-2015 2.0 news platform and has been permanently converted/moved (and redirected) into our 3.0 platform. Also note the story “reads” counter (bottom of page) does not include any data prior to Oct. 30, 2016. This press release was originally published/issued: Tue, 14 Oct 2014 06:00:56 +0000

LEGAL NOTICE AND TERMS OF USE: The content of the above press release was provided by the “news source” Patricia Hope Kirby or authorized agency, who is solely responsible for its accuracy. Send2Press® is the originating wire service for this story and content is Copr. © Patricia Hope Kirby with newswire version Copr. © 2014 Send2Press (a service of Neotrope). All trademarks acknowledged. Information is believed accurate, as provided by news source or authorized agency, however is not guaranteed, and you assume all risk for use of any information found herein/hereupon.