Philippines Will Host Biggest Crowd in World History on January 18

MANILA, Philippines, Jan. 8, 2015 (SEND2PRESS NEWSWIRE) — The biggest gathering of human beings ever recorded will take place this January 18, 2015, when Pope Francis celebrates an outdoor Mass in central Manila, according to the World Mind Network.

Authorities can be reasonably certain that the crowd will surpass all earlier records, because the previous mark of 4.9 million people was set 20 years ago at the very same place, for the very same reason.

In 1995 the late Pope Jon Paul II celebrated Mass in Rizal Park at the same grandstand, drawing 4.9 million faithful. More than 5.1 million are expected for the upcoming event, due to improved parking, public transport, and increased seating and standing capacity.

A video produced by Prince Lovely to commemorate the Papal visit is making the rounds on YouTube: http://youtu.be/VLbLtu7nuSQ.

It features a photo of the previous massive crowd, photos of the Pontiff, and a new hymn commissioned for the event, with words set to the melody of “Onward Christian Soldiers.”

In the wake of the terrorist attack on the offices of the French newspaper Charlie Hebdo this week, security will be especially tight. 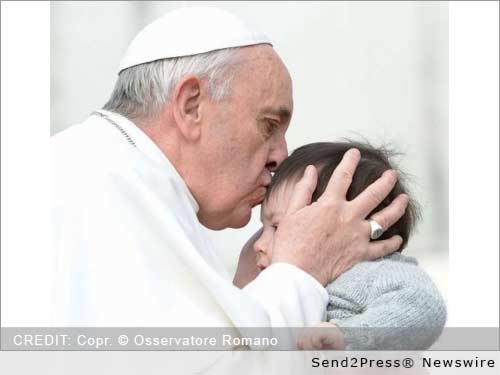 NEWS ARCHIVE NOTE: this archival news content, issued by the news source via Send2Press Newswire, was originally located in the Send2Press® 2004-2015 2.0 news platform and has been permanently converted/moved (and redirected) into our 3.0 platform. Also note the story “reads” counter (bottom of page) does not include any data prior to Oct. 30, 2016. This press release was originally published/issued: Thu, 08 Jan 2015 17:34:38 +0000