"Experiments were made with tomatoes and medical marijuana. Both produced about six times the weight as well as the sinsenilla in the marijuana. The sinsenilla is the THC product growers really want," says Mr. Marvin Lee Robey, of Live-Silver. "Plants were very healthy and tomatoes had excellent flavor."

POMONA, Calif., Jan. 13, 2014 (SEND2PRESS NEWSWIRE) — Marvin Robey, spokesman for Live-Silver, announced today that tests made by Live-Silver of Pomona, Calif. indicate plants grown hydroponically, as well as in soil, indicate annual plants grow to twice the height and width of control plants when 2 percent of Live-Silver’s new supercharged colloidal silver is added to the standard nutrients.

“Experiments were made with tomatoes and medical marijuana. Both produced about six times the weight as well as the sinsenilla in the marijuana. The sinsenilla is the THC product growers really want,” said Robey. “Plants were very healthy and tomatoes had excellent flavor.”

Plants raised in soil also produced over five times the weight of control plants when the plant roots were watered with one cup of electrically charged silver when the plants were ten inches high; again with two cups when 18 inches high and with three cups of the silver when two feet high. At all other times the plants were watered with ordinary well water. The plants required more room to grow, so the production per acre was increased by four times when raised hydroponically and three and a half when raised in soil.

Nutrient requirements remained about the same per weight of produce in all cases. The light required in a greenhouse increased by almost one and one-half times of that required for control plants per acre, or about half as much per pound of produce, according to Robey.

Less well documented was the apparent similar increased growth and production of green beans and peas. Tests are continuing. The strength of the electrical charge on the silver seems to be the controlling factor. The stronger the electrical charge the greater the growth. Experimenters have long known that an electrically charged wire above many plants increases their growth rate substantially.

This is hoped to greatly relieve the world food shortage. At the present time, legal marijuana growers have shown the most interest. When the buds on the female plants were sprayed with the same silver, they produced only female seed. This was said to be very important as the male plants are virtually non-productive.

These results are expected to increase the profits of the legal marijuana farms and tomato growers by at least three times and much more where the grower is restricted to the number of plants he can grow.

“Another important advantage was that fungus and algae were eliminated from the hydroponic piping, keeping the water flowing freely and eliminating the use of dangerous fungicides on all hydroponic plants,” concluded Robey. 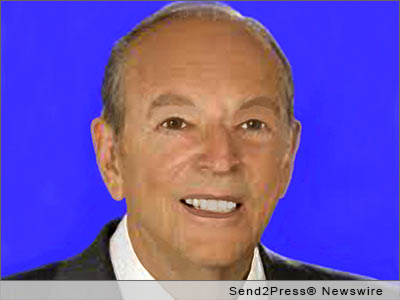 NEWS ARCHIVE NOTE: this archival news content, issued by the news source via Send2Press Newswire, was originally located in the Send2Press® 2004-2015 2.0 news platform and has been permanently converted/moved (and redirected) into our 3.0 platform. Also note the story “reads” counter (bottom of page) does not include any data prior to Oct. 30, 2016. This press release was originally published/issued: Mon, 13 Jan 2014 05:59:49 +0000

View More Agriculture News
"Experiments were made with tomatoes and medical marijuana. Both produced about six times the weight as well as the sinsenilla in the marijuana. The sinsenilla is the THC product growers really want," says Mr. Marvin Lee Robey, of Live-Silver. "Plants were very healthy and tomatoes had excellent flavor."

ABOUT THE NEWS SOURCE:
Live-Silver

LEGAL NOTICE AND TERMS OF USE: The content of the above press release was provided by the “news source” Live-Silver or authorized agency, who is solely responsible for its accuracy. Send2Press® is the originating wire service for this story and content is Copr. © Live-Silver with newswire version Copr. © 2014 Send2Press (a service of Neotrope). All trademarks acknowledged. Information is believed accurate, as provided by news source or authorized agency, however is not guaranteed, and you assume all risk for use of any information found herein/hereupon.