NAUGATUCK, Conn., April 4, 2016 (SEND2PRESS NEWSWIRE) — PPRN Radio is pleased to announce the addition of a new program to its schedule: “The Online Movie Show with Phil Hall,” a weekly celebration of films and filmmaking. “The Online Movie Show” will have its premiere on April 25, 2016 and will broadcast live on PPRN Radio (PPRNRadio.net) on Monday nights at 7 p.m. ET.

Each week, “The Online Movie Show” will present original interviews with the creative talent on both sides of the camera, and will visit with leading film critics to ascertain the best choices in the theaters, on DVD and on the streaming channels. The premiere episode will feature director Michael Mongillo and actor Jason Alan Smith from the upcoming thriller “Diane” plus Miami Sun Post critic Ruben Rosario offering a preview of the summer’s top movies.

Phil Hall brings three decades of film journalism experience to “The Online Movie Show.” He is the author of the acclaimed books “The History of Independent Cinema” and “The Greatest Bad Movies of All Time,” and his new book “In Search of Lost Films” is scheduled for release by BearManor Media later this year. His film writing has been featured in The New York Times, Wired and American Movie Classics Magazine, and he is currently on the Governing Committee of the Online Film Critics Society.

About PPRN Radio:
Now celebrating its fourth anniversary online, PPRN Radio is one of the most eclectic Internet broadcasting endeavors, offering a line-up of comedy, talk and music shows. Its programs include the flagship “PPRN” starring Peter Pinho and “Undiscovered,” which highlights music talent that has yet to be signed to a major record label. Later in the month, PPRN will premiere “Mix Tape Saturdays,” a weekend explosion of DJ imagination.

All inquiries for PPRN Radio: Peter Pinho at pprn3221@yahoo.com. 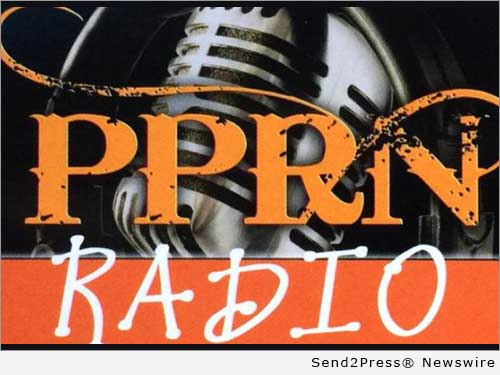 NEWS ARCHIVE NOTE: this archival news content, issued by the news source via Send2Press Newswire, was originally located in the Send2Press® 2004-2015 2.0 news platform and has been permanently converted/moved (and redirected) into our 3.0 platform. Also note the story “reads” counter (bottom of page) does not include any data prior to Oct. 30, 2016. This press release was originally published/issued: Mon, 04 Apr 2016 15:18:22 +0000

ABOUT THE NEWS SOURCE:
PPRN Radio

LEGAL NOTICE AND TERMS OF USE: The content of the above press release was provided by the “news source” PPRN Radio or authorized agency, who is solely responsible for its accuracy. Send2Press® is the originating wire service for this story and content is Copr. © PPRN Radio with newswire version Copr. © 2016 Send2Press (a service of Neotrope). All trademarks acknowledged. Information is believed accurate, as provided by news source or authorized agency, however is not guaranteed, and you assume all risk for use of any information found herein/hereupon.