"Martial arts is progress, growth and change," Maria Turnhout tells her students, and shows them every day.

This year, the Fall Ceremony is exceptional. In addition to the First and Second Degree Black Belts, and Third Degrees the school now enjoys after 13 years of teaching, the community will be celebrating the advancement of the school’s co-owner, Master Maria Turnhout, who received her Fifth Degree Black Belt in MMA on August 12, 2015, after training more than 30 years.

After receiving her 4th Degree Black Belt ITF more than five years ago, and having been inducted into the Martial Arts Hall of Fame during that time and also becoming one of few females to earn a KRU in Muay Thai, Master Turnhout was a modern day Ronin, a masterless master. Master Turnhout reached out to then Grand Master Degerberg because of his renown in the blended martial arts curriculum and asked to study with him.

Leading students at her award-winning martial arts school in the San Fernando Valley meant she had to keep learning herself. The school Turnhout and partner Laura Welch (2nd Degree) built more than a decade before started as Kicks Martial Arts, utilizing her background in child psychology to create strong programs for kids. Growing to more than 250 students of all ages and stages, with special programs for adults and seniors, the school became known as KMA Black Belt Champions.

Less than 5 percent of the population participates in martial arts, and of those, many students stop training before earning a black belt, or just after, but at KMA Black Belt Champions, most of the students continue training “black belt and beyond.” As typical in life, this attitude comes from the top down. The instructor team lets students know of their continued training around the country and the world, where blended styles of martial arts continue to evolve the multi-discipline program that is graded in Tae Kwon Do belt levels.

Maria Turnhout didn’t start martial arts intending to get her Fifth or even Tenth Degree Black Belt. She started martial arts like all students, as a white belt, and wanted to grow her body and mind. “I found women in martial arts to be treated respectfully, not treated differently,” Master Turnhout shared. An important fact thirty years ago, when there were very few women training in the art. Women now make up half of the student population at most schools.

Over the last three decades, Turnhout has seen martial arts become more professional, in ways of teaching, protective gear, and a growth in progressive martial arts schools that focus on Responsibility. “It’s not just hands and feet,” Turnhout explains. “Curriculum now includes mindset and training students to feel empowered. We train the brain, to be focused and victory oriented.”

Turnhout delights seeing thousands of people walking through life more brave thanks to their training at her school and those like it. She embodies the concept of leading by example. Turnhout and the students at KMA Black Belt Champions don’t get Black Belts (or 5th Degree Black Belts), they become Black Belts, transforming their own lives and the lives of those around them. Maria Turnhout received her new belt this summer, but she never considered a celebration of the wonderful accomplishment at the time. She was proud to celebrate her advancement with her own students at their semi-annual Black Belt Ceremony.

“Martial arts is progress, growth and change,” Maria Turnhout tells her students, and shows them every day. 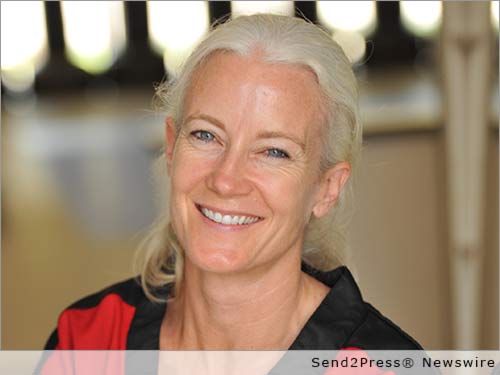 NEWS ARCHIVE NOTE: this archival news content, issued by the news source via Send2Press Newswire, was originally located in the Send2Press® 2004-2015 2.0 news platform and has been permanently converted/moved (and redirected) into our 3.0 platform. Also note the story “reads” counter (bottom of page) does not include any data prior to Oct. 30, 2016. This press release was originally published/issued: Mon, 09 Nov 2015 16:04:48 +0000

View More Education and Schools News
"Martial arts is progress, growth and change," Maria Turnhout tells her students, and shows them every day.

LEGAL NOTICE AND TERMS OF USE: The content of the above press release was provided by the “news source” KMA Black Belt Champions or authorized agency, who is solely responsible for its accuracy. Send2Press® is the originating wire service for this story and content is Copr. © KMA Black Belt Champions with newswire version Copr. © 2015 Send2Press (a service of Neotrope). All trademarks acknowledged. Information is believed accurate, as provided by news source or authorized agency, however is not guaranteed, and you assume all risk for use of any information found herein/hereupon.