Paul DeCoster says of himself, "As a musician, I've always found it easier to express my feelings and my imagination through sounds and lyrics."

The group is fronted by classically trained lead guitarist and composer Paul DeCoster who plays riffs on his Stratocaster that defy gravity, and writes lyrics and melodies that have an 80’s feel, while his percussionist Rich Kulsar punctuates and supports the vibe with earthy ethereal Afro/Caribbean accents.

Paul DeCoster may have a Beach Boy look, but he’s got some Elvis hip movement, and a voice that has musical register from Sting to Micheal Buble.

Look carefully at the image reflected on his aviator glasses on the cd cover, and you’ll notice an iconic Coney Island landmark, “The Parachute Drop.” This beach has been one of his muses and is forever attached to his soul.

Paul DeCoster says of himself, “As a musician, I’ve always found it easier to express my feelings and my imagination through sounds and lyrics. Very often, I tell a story that might be sparked by what I experience, or even what others have experienced, and when I write it, it’s my reality for that moment. When I sing it, I live it again.”

His new CD is available for download on iTunes Spotify and CD Baby.

About Paul DeCoster:
Paul DeCoster has been on the music bar scene in New York for a number of years, and continues to perform at numerous venues in and around New York City. He has taken his music recently to Atlanta, Seattle, and even played al fresco in Xuanwu Lake Park in Nanjing, China to some very happily surprised passersby. His musical inspirations have been The Police, Bryan Adams and Phoenix, as well as many contemporary artists. This summer he plans to tour the East Coast, and check out the London scene.

For more information about the artist visit: http://www.decostermusic.com/. 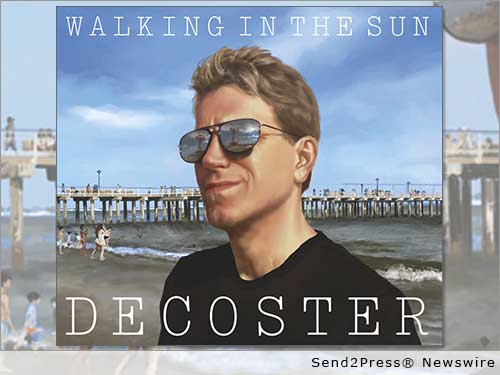 NEWS ARCHIVE NOTE: this archival news content, issued by the news source via Send2Press Newswire, was originally located in the Send2Press® 2004-2015 2.0 news platform and has been permanently converted/moved (and redirected) into our 3.0 platform. Also note the story “reads” counter (bottom of page) does not include any data prior to Oct. 30, 2016. This press release was originally published/issued: Mon, 18 Apr 2016 18:14:30 +0000

View More Entertainment News
Paul DeCoster says of himself, "As a musician, I've always found it easier to express my feelings and my imagination through sounds and lyrics."

ABOUT THE NEWS SOURCE:
Paul DeCoster

LEGAL NOTICE AND TERMS OF USE: The content of the above press release was provided by the “news source” Paul DeCoster or authorized agency, who is solely responsible for its accuracy. Send2Press® is the originating wire service for this story and content is Copr. © Paul DeCoster with newswire version Copr. © 2016 Send2Press (a service of Neotrope). All trademarks acknowledged. Information is believed accurate, as provided by news source or authorized agency, however is not guaranteed, and you assume all risk for use of any information found herein/hereupon.