According to Cooley, "The suppression of hearings opens the floodgates so that the Armed Services' personnel system can be infected by its mortal enemies, since disability challenges by veterans, sexual assault, sexism, racism, retaliation against whistleblowers, discrimination based on sexual orientation, and other forms of bias cannot always be discovered effectively without hearings."

FAIRFAX, Va., Feb. 3, 2015 (SEND2PRESS NEWSWIRE) — Two former Army officers and current members of the Northern Virginia law firm of Jordan Patrick & Cooley LLP, urge the public to contact members of Congress and demand reform of the Army, Coast Guard, and Navy boards for correction of military records. Those two are Howard G. Cooley, a senior partner in Jordan Patrick & Cooley and retired Army colonel, and Daryle A. Jordan, the managing partner in the firm and a Gulf War Veteran who advised military commanders during that conflict.

Through its own practice, historical and current observations, and discussions with other lawyers nationally, Cooley and Jordan believe the Army, Coast Guard and Navy boards for correction of military records – characterized by the Supreme Court as the highest administrative bodies in their respective services for military personnel complaints – are failing to treat all servicemembers in a manner commensurate with their service and sacrifice.

Specifically, those armed services deny justice to many servicemembers. For that reason, Cooley and Jordan request the public to petition members of Congress to remedy the problem. That would ensure that all servicemembers are treated fairly as they seek a reversal of erroneous attacks by the armed services regarding their disabilities, careers, economic stability, family medical care, and retirement. Cooley notes that previously public concern resulted in Congress’ creation of corrections boards in 1946 to protect servicemembers from tyrannical superiors, and focus in the 1990s on abating widespread mismanagement and loss of public confidence by the corrections boards. Cooley believes the main point, however, is that muzzled servicemembers need assistance from a concerned public.

Cooley, observes that the Navy and Coast Guard boards have completely suppressed hearings for over 30 cumulative years, with the Army attempting to emulate them.

According to Cooley, “The suppression of hearings opens the floodgates so that the Armed Services’ personnel system can be infected by its mortal enemies, since disability challenges by veterans, sexual assault, sexism, racism, retaliation against whistleblowers, discrimination based on sexual orientation, and other forms of bias cannot always be discovered effectively without hearings.”

Cooley notes, “The flaw with the approach of the corrections boards is that there are many times when the demeanor and credibility of witnesses must be examined by board members in person to determine the truth, particularly since deceptive superiors never admit their biases in the official records upon which correction boards are content to rely upon in denying relief.” Cooley also asserts, “at the very least, cases involving credibility challenges with potential merit that could involve action by the President and Senate should have a hearing – and not be buried in the bowels of the correction boards.”

Additionally, the Army board unfairly rejects admissible evidence (i.e., polygraph results and evidence of veterans’ disability). Moreover, the Army board members do not review the petitions of servicemembers before adjudicating cases and are not in a position to exercise the required independent judgment on the cases, as they rely almost entirely on the curtailed information provided by their staffs. Further, the Army board’s adjudication process often consists of 3 board members adjudicating 80 or more cases in about 5 hours for a deliberation average of less than 4 minutes per case.

Cooley asserts that, “No member of Congress would knowingly want a constituent-servicemember – such as the protagonist in Clint Eastwood’s ‘American Sniper’ – to be subjected, after years of sacrifice, to the Army’s process.” Cooley opines that, “the notion that constitutional, statutory, regulatory, equitable, traditional, and public perception matters may be applied to sexual assault, whistleblower, gender discrimination, racial and religious discrimination, sexual orientation discrimination, bias, reliefs for cause, nonpromotion, personnel evaluations, discharge upgrades, the requests of widows, and many other issues – all in 4 minutes – constitutes an additional injustice to servicemembers beyond the original wrong that caused them to appeal in the first place.”

Cooley believes that the Secretary of the Army should “eliminate his unjust official action” by applying existing law to appoint legions of board members – at no cost as provided by Congress – as necessary to ensure that servicemember-petitioners get a fair hearing and adjudication.

Jordan argues that corrections boards should do everything reasonably possible to “get it right” because their decisions are so impactful for the servicemembers appearing before them; sit in judgment of the center of gravity of America’s power projection capability – the members of the armed forces; influence morale and readiness in the armed services; and, play an important role regarding the future of the all-volunteer force services, which face a very problematic and dwindling future resource pool – and unfair corrections boards are not an enticement for volunteering.

Although the firm recently sent a 53-page letter to the secretaries of DOD and Homeland Security that included 19 recommendations for change (at http://www.jpcattorneys.com/ ) – without positive results thus far – Cooley and Jordan would be pleased if Congress ensured that servicemembers were treated more fairly by directing the services to implement just the following 4 basic principles:

3-3-3-1 Restore hearings: 3 members adjudicating 3 cases in 3 hours; 1-hour per case, not 4 minutes, grant hearings in cases in which there may be action by the President and Congress, and liberally hold hearings in areas of mortal threat to the personnel system such as claims involving sexual assault;

Waiver of the presumption of administrative regularity in all sexual assault, whistleblower, racial discrimination, gender discrimination and sexual orientation cases;

Board members must be prepared before adjudicating cases, including the reading of applicants’ petitions, and the exercise of self-reliant leadership and judgment independent of the views of the staff; and,

On behalf of the millions of active duty servicemembers, coast guardsmen, national guardsmen, reservists, veterans, retirees, and former servicemembers, and their families and supporters, Howard G. Cooley, Daryle A. Jordan and the firm are grateful to interested members of the public, including individuals, veterans groups, and organizations. 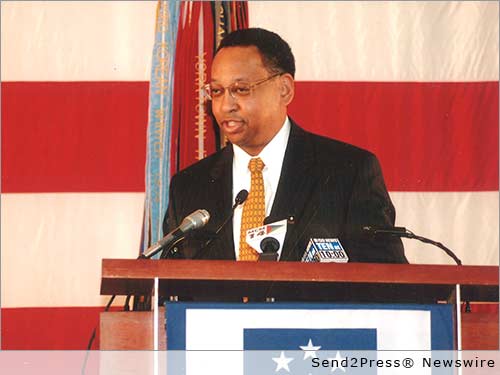 NEWS ARCHIVE NOTE: this archival news content, issued by the news source via Send2Press Newswire, was originally located in the Send2Press® 2004-2015 2.0 news platform and has been permanently converted/moved (and redirected) into our 3.0 platform. Also note the story “reads” counter (bottom of page) does not include any data prior to Oct. 30, 2016. This press release was originally published/issued: Tue, 03 Feb 2015 07:00:00 +0000

View More Defense and Military News
According to Cooley, "The suppression of hearings opens the floodgates so that the Armed Services' personnel system can be infected by its mortal enemies, since disability challenges by veterans, sexual assault, sexism, racism, retaliation against whistleblowers, discrimination based on sexual orientation, and other forms of bias cannot always be discovered effectively without hearings."

ABOUT THE NEWS SOURCE:
Jordan Patrick and Cooley LLP

LEGAL NOTICE AND TERMS OF USE: The content of the above press release was provided by the “news source” Jordan Patrick and Cooley LLP or authorized agency, who is solely responsible for its accuracy. Send2Press® is the originating wire service for this story and content is Copr. © Jordan Patrick and Cooley LLP with newswire version Copr. © 2015 Send2Press (a service of Neotrope). All trademarks acknowledged. Information is believed accurate, as provided by news source or authorized agency, however is not guaranteed, and you assume all risk for use of any information found herein/hereupon.